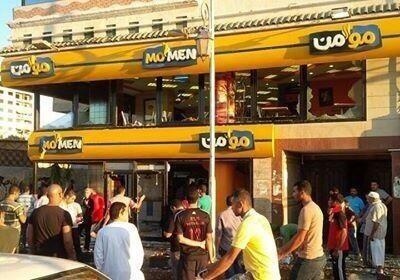 Clashes broke out in several governorates on Sunday between supporters of ousted president Mohamed Morsi and his opponents.

In Port Said, clashes resulted in 30 injuries and three deaths, including reporter Sherif Rady, who died of a shotgun wound to the chest, according to the Shayfeencom organisation in Port Said.

In the absence of police or army forces, protesters hurled stones at each other, with MENA reporting Morsi supporters using firearms.

Seven shops were burned allegedly by anti-Morsi protesters, resulting in the death of one shop owner.

Arafa Abu Selim, Freedom and Justice Party media coordinator in Port Said, blamed “thugs”, Al-Masry Club Ultras group and the Ministry of Interior for what he described as “the brutal attack on the post-funeral march.”

Al-Dostour Party member Khaled Fetaih accused the Muslim Brotherhood of firing on the Mar Girgis Church, which led the Ultras group to attack the march.

After the clashes, the area around El-Tawhid Mosque, the starting point of the pro-Morsi march, was besieged by army forces; the stage was burned and the crowd dispersed.

In a press statement, the Anti-Coup Coalition condemned the “rise in hate crimes against conservative Muslims in Egypt.” The statement also accused “the military-censored media” of playing a “significant role in fueling hatred and inciting violence against devout Muslims and anyone perceived to be an opponent of the 3 July military coup.”

The statement urged the international community and the United Nations to remind authorities of their obligations under international law.

There were clashes in two major cities of the Gharbeya governorate, Mahalla and Tanta.

In Mahalla,  violence began after a pro-Morsi march clashed with the funeral procession of a victim of Saturday’s violence in Cairo. The march moved from El-Taha Mostafa Mosque, passed through Sidi Khalaf Tombs to the victim’s residence.

Meanwhile, dozens of anti-Morsi demonstrators gathered in front of Mahalla’s police station to “protect” it after news spread that pro-Morsi protesters were to attack it, while Central Security forces barricaded the building, according to state-owned Al-Ahram.