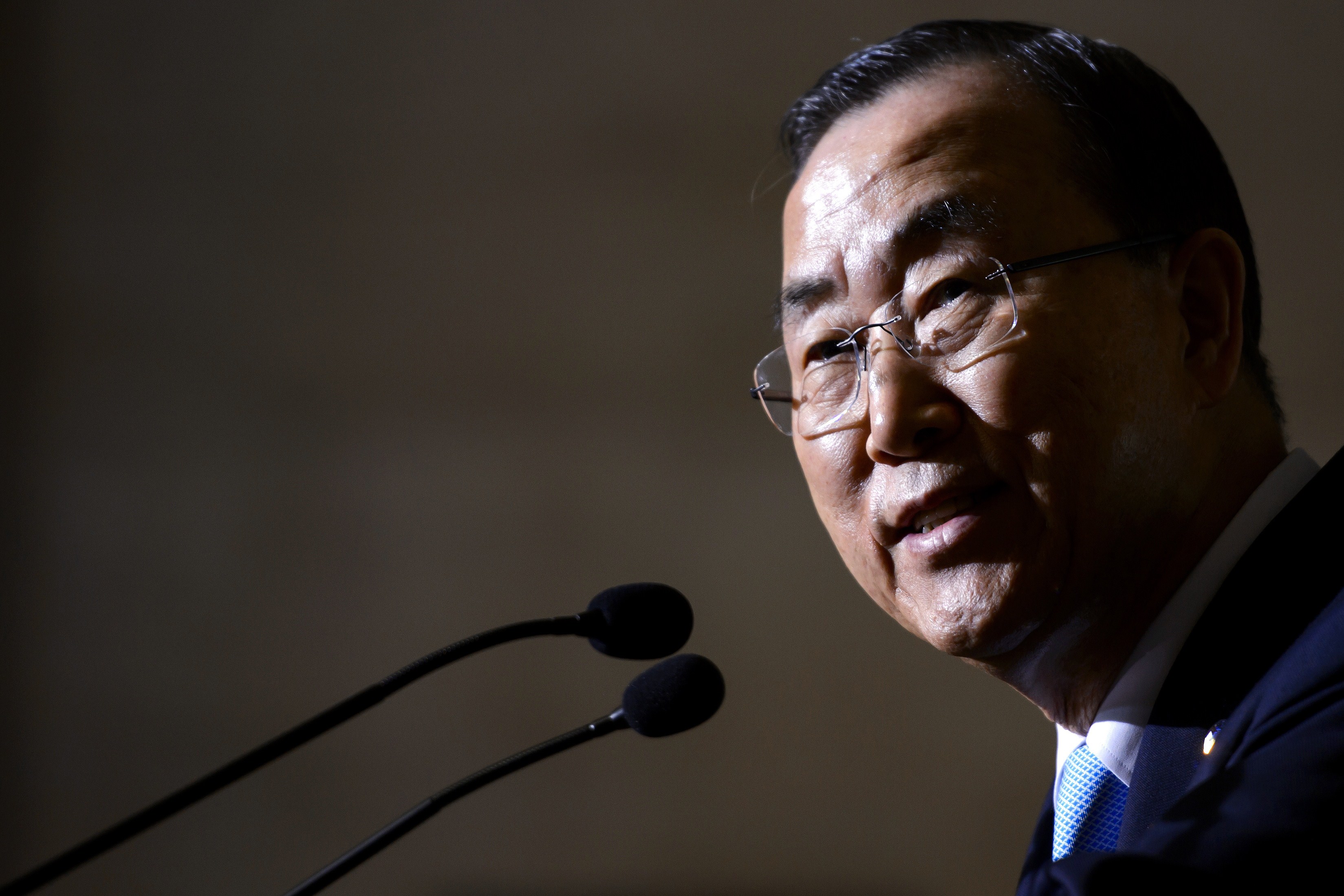 According to a UN statement, Ki-Moon “strongly condemned the upsurge of violence in Egypt,” and asked all leaders to appeal to their supporters to refrain from violence and stressed that long-term reconciliation becomes more difficult to achieve with every death.

The secretary general also reiterated calls to release former president Mohamed Morsi and other Muslim Brotherhood leaders, or have their cases reviewed transparently.

On the same day Ki-Moon, made phone calls with the foreign ministers of Turkey, Qatar and the  Secretary General of the League of Arab States to discuss the recent events in Egypt that have led to the “unacceptable loss of lives in the past two days.”

UN High Commissioner for Human Rights Navi Pillay also condemned the violence of the past two days in an official statement released Sunday. She warned that a confrontational approach would “lead to a disaster,” citing the “uncompromising announcement” made by Ministry of Interior Mohamed Ibrahim, who “vowed …that security forces would deal ‘firmly and strongly’ with anyone who threatens national stability.”

Pillay said she feared for the future of Egypt and called on interim authorities for “credible, independent and prompt investigations into (the) large scale killings”, adding that “officers should be charged and brought to justice” if found to have employed excessive use of force.

Protesters should exercise restraint and remain peaceful, said Pillay, adding that responsibility lies on the security forces and demonstrators to prevent a repetition of clashes and killings.