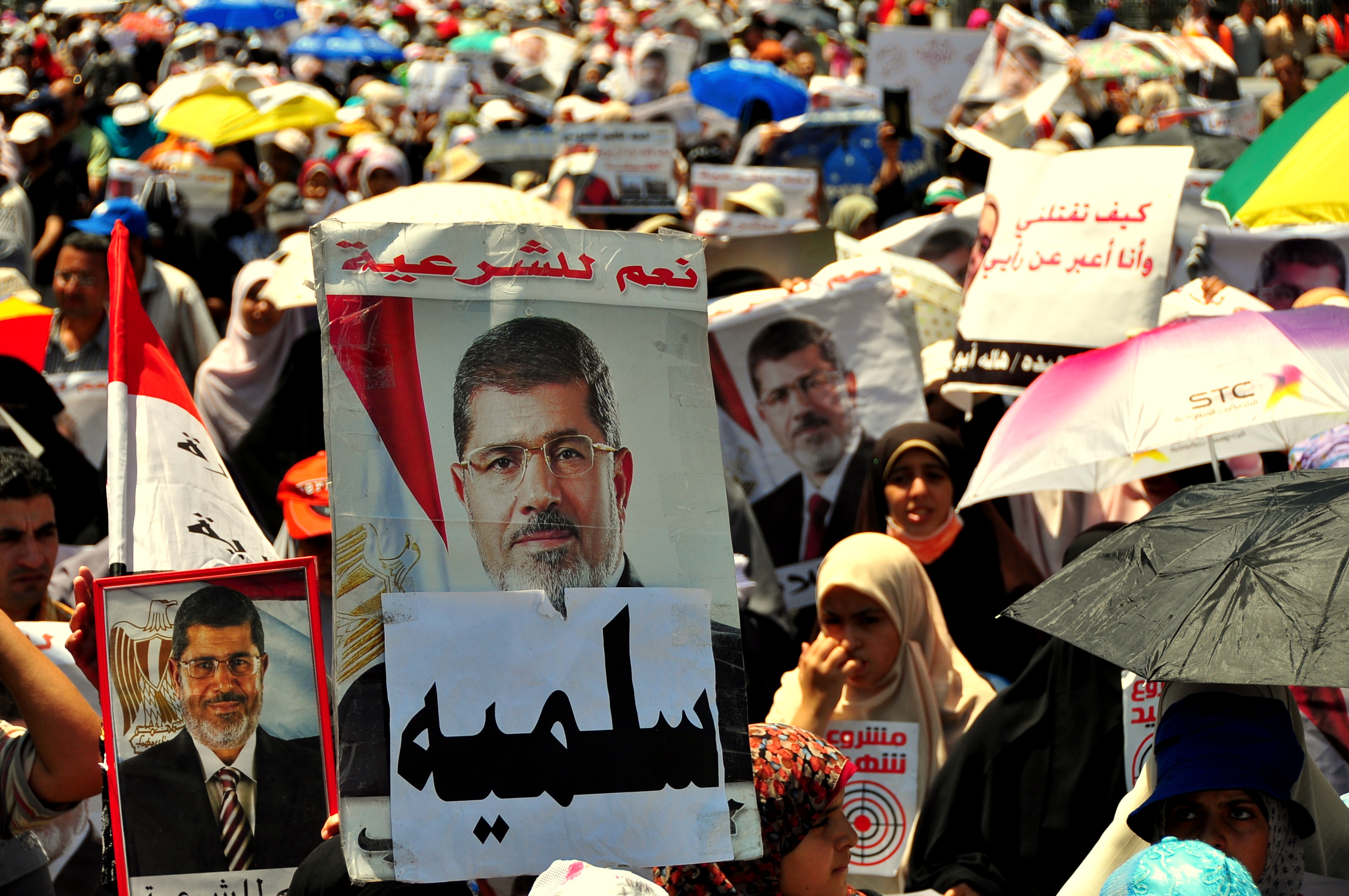 The Anti-Coup Coalition marched on Tuesday against “yet another massacre against humanity”, referring to violence Saturday in which over 70 people were killed close to Rabaa Al-Adaweya.

A largely female rally gathered at Al-Nour Mosque in Abbaseya to march to the Ministry of Defence.

One veiled woman held a photograph of Hala Mohamed Abu Sheshaa, who was killed in violence in Mansoura, with the caption “How could you kill me when I was expressing my opinion?”

Following Dhuhr prayers, the march departed with a chant of “God is great!”

Marchers held photographs of the ousted president, and placards stating “Yes to legitimacy, no to the coup.”

Groups of young men linked arms and formed a human shield around the edges of the march, which swelled to around 2,000 demonstrators. Marchers chanted against General Abdel Fatah Al-Sisi, shouting: “The military rule will not stay,” and “The army must leave!”

A roadblock manned by soldiers and a number of armoured personnel carriers halted the march outside Ain Shams University.

Demonstrators threw flower petals at the soldiers while one man screamed: “You are criminals!” The man said his 17-year-old son had been killed by a bullet to the head, which was reported as the cause of death for many of those killed at Rabaa Al-Adaweya.

The march ended peacefully, with some protesters continuing towards Rabaa Al-Adaweya.

At the Unknown Soldier Memorial on Nasr Road, a vigil was held for the victims of Saturday’s violence.

An Anti-Coup Coalition statement held “coup henchmen” responsible for “another massacre against humanity”, which they say resulted in the death of “150 martyrs” and wounded “4,500 peaceful protestors.”

The Ministry of Health reported around 80 killed and 299 wounded.