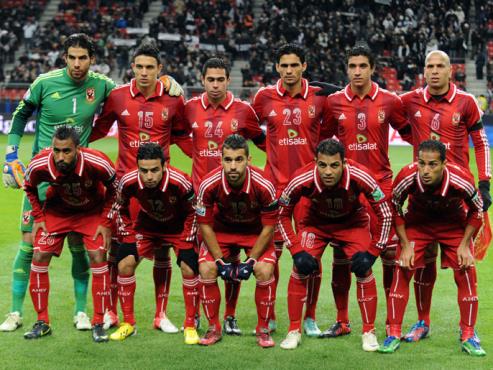 “We are waiting for a response from the organisers (CAF) over moving the game against the Pirates to 9 August,” Ahly football director Sayed Abdel Hafiz said on Sunday.

“Our players refused to break the fast when they played Zamalek in mid-afternoon last week and are still suffering,” said the official.

Although footballers are permitted to break the dawn-to-dusk fast during the Muslim holy period, most refuse; Al-Ahly defender Ahmed Fathy recently said they learn to adapt.

The Cairo club must also find a new venue for the Group A match day two fixture after the military owners of the Air Defence Stadium in the capital city refused to stage it.

The El-Gouna match between the most successful African clubs passed without incident, although officials relented on a spectator ban and permitted about 6,000 to attend.

Authorities have suggested Aswan, a city 870 km south of Cairo, for the first visit of former African champions the Pirates.

“What we see on television is concerning, but I am sure CAF will make the right decision regarding the venue,” Pirates coach Roger de Sa told the South African media.

Zamalek and Al-Ahly drew 1-1 and Pirates were held 0-0 by Congo-Brazzaville visitors AC Leopards in the opening Group A matches.

Mini-league winners and runners-up advance to the semi-finals of a competition offering the winners $1.5m and a place in the 2013 FIFA Club World Cup in Morocco.