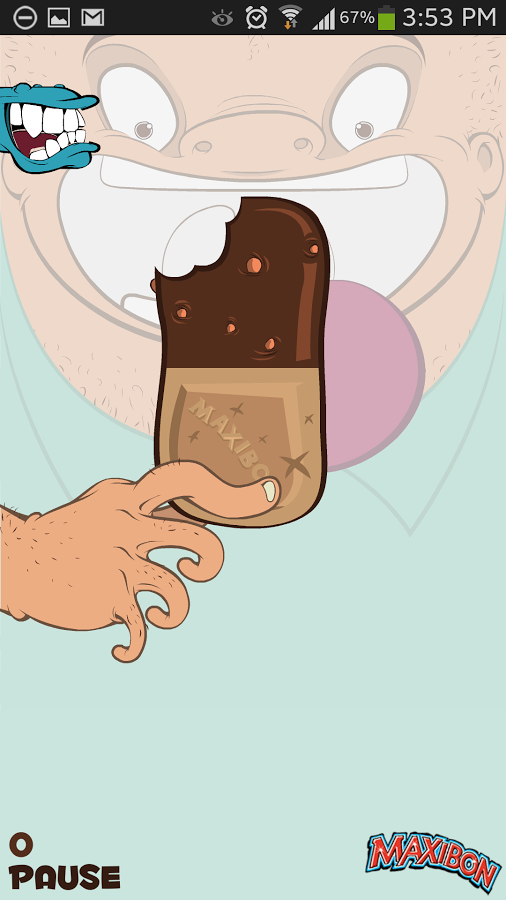 Nestle Egypt introduced a new smartphone game called Maxibon Defender. The free game comes as part of Nestle’s promotion strategy for its ice-cream product Maxibon. The game asks the player to defend his ice-cream against attacking mouths that keep biting it.

The game was released for both Andriod and iOS platforms on 1 and 13 July, respectively.

Nestle Ice-cream has been digitally active on social networking websites since Ramadan 2012. This digital presence has helped the company create a large fan-base among internet users.

The number of smartphone users who have downloaded the game ranged between 8,000 to 10,000.

The company has put down a “clearly laid plan to penetrate the digital universe at the largest scale possible,” a Nestle spokesman said.

“As a team, we thought what better way to digitally interact with our consumers than to have a tailored application created to do that. That’s when we briefed agencies, and came up with Maxibon Defender,” Mourad Hakim, the brand manager for Maxibon ice-cream, said.

“Since its launch in Ramadan 2012, Maxibon was known for its breakthrough style of communication on TV. We strongly believed in the digital front presentation so having Maxibon on different platforms: TV, outdoor locations and digital, through the game application, ensured maximum reach of our target audience,” Hakim said, when asked how the application helped promote the ice-cream.

On whether the company intends to introduce new games Hakim said: “As it stands, there will be no gaming applications launched this year; since we are nearing the end of the ice-cream season.”

“However, in the future, we might have an application created depending on the success level of Maxibon Defender,” he added.