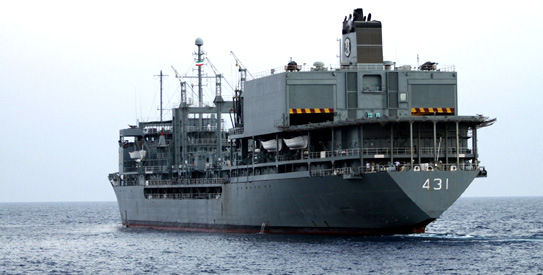 Non-petroleum exports have increased by 15% in the second quarter of 2012/2013 reaching $3.43m compared to the same period last year, according to a report published by the Central Bank of Egypt.

This March, net exports, which account for more than 10% of the economy, surged by 16.5%  to EGP 18.79bn , which contributed to a shrinking trade deficit, according to a report published by the Central Agency for Public Mobilisation and Statistics (CAPMAS). The agency explained that the increase was mainly attributed to an increase in the prices of goods such as cement, clothing and a variety of food items.

On 27 July, Minister of Industry and Foreign Trade Mounir Fakhry Abdel Nour, reported to state-run newspaper Al-Ahram that increasing the rate of exports is at the top of the government’s agenda, as exports represent a primary generator of both foreign currency and employment.

Abdel Nour also proposed a plan to boost industrial exports to EGP 145bn by the end of next year.

Following his decision, several meetings were conducted last week between the Ministry of Industry and Foreign Trade and the heads of exports councils, which Abdel Nour called: “key partners in the implementation of this plan.”

Al-Ahram reported him saying the next phase  will witness active participation from council members in export policy-making, given their extensive experience in dealing with foreign markets.

Khaled Ibrahim, head of the engineering exports council, said during the meeting the council had submitted their choice of five Arab and African countries on which to focus their exports.

Ibrahim said this plan would ensure the increase of exports to EGP 30bn annually within three years, noting that the value of engineering exports last year came to EGP 15bn.