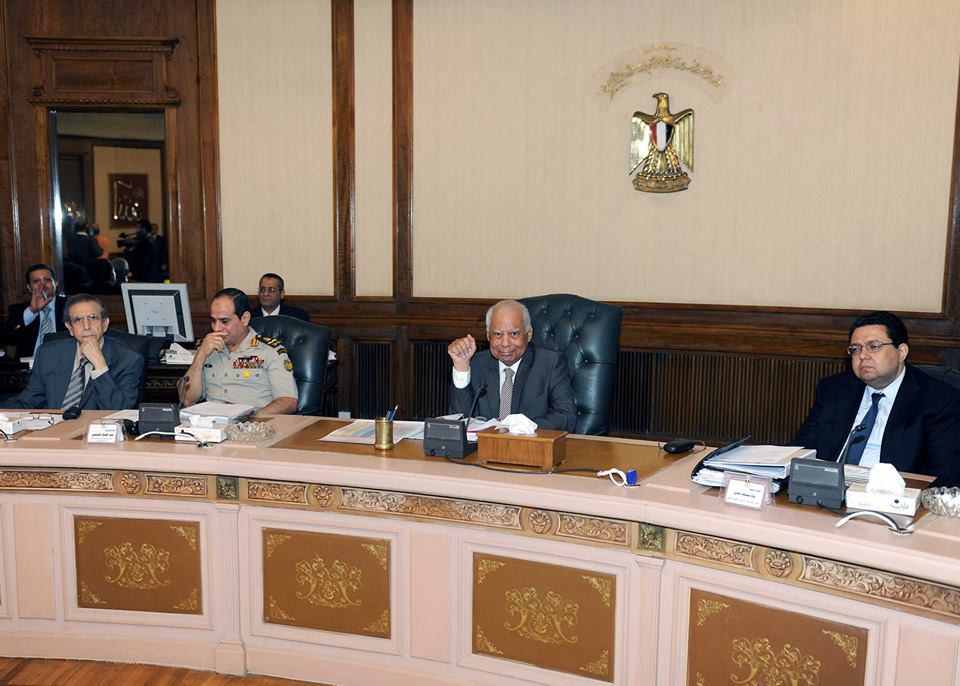 Minister of Information Doria Sharaf Al-Din announced that sit-ins at Rabaa Al-Adaweya and Al-Nahda Square are a threat to national security in a press conference on Wednesday.

Sharaf Al-Din announced that the cabinet “delegated the minister of interior to take all measures, according to the constitution and law, to face violence and terrorism. Consequently the minister is to take all necessary measures to disperse protests or sit-ins at Rabaa Al-Adaweya and Al-Nahda Square.”

The minister said: “The continuation of the hazardous status of Nahda and Rabaa sit-in, and the resulting terrorist acts and road blockage is unacceptable.”

She said the decision was an “answer to the overwhelming delegation by the people to the state, in order to protect the superseding national interests, and to take all measures to deal with terrorism.”

The statement followed violent protests, clashes and sits-ins throughout Cairo spanning over a month, as well as a call last week by General Abdel Fatah Al-Sisi for Egyptians to gather in the street to authorise the military to “fight terrorism.”

Gehad El-Haddad, Muslim brotherhood spokesperson and senior adviser to the Freedom and Justice Party, told Daily News Egypt that this was an “attempt by the military coup to disperse the pain in their neck which is the anticoup.”

“We have nothing to hide. We are being labelled as terrorists while molotov cocktails were openly used by protesters in Tahrir Square without being investigated. The double standards are obvious.”

He added: “It is clear that those opposing the military coup are being labelled as a threat to national security even though they are peaceful protestors who have sovereign right to their claim, we have nothing to hide.”