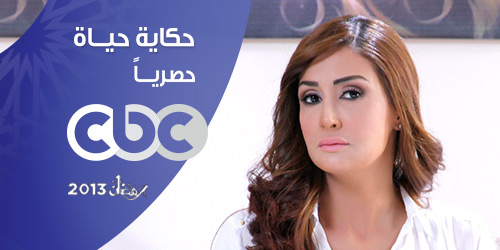 A Ramadan without TV series might be even more unorthodox than a prayer-free Ramadan, a fact which guarantees series producers viewership regardless of the quality of their programmes.

This year, producers drifted more towards politics, with a skewed inclination towards rather obscene topics which do not go well with the spirit of the holy month.

Perhaps one of the most shockingly immoral series is that of Hekayet Hayah (The story of Hayah) where controversial actress Ghada Abdel Raze’ plays the role of an incredibly rich woman who was accused of killing her mother, and put in a psychiatric hospital for 13 years. During this time her siblings took over her inheritance and her husband married her sister, who then raised Abdel Raze’s son as her own. Abdel Raze’ gets out of hospital 13 years later and tries to reclaim her old life, only to realise that the only way she can be close to her now teenage son is by pretending she has a romantic interest in him.

Following the morally-twisted plot, the creators of Hekayet Hayah insist on cramming the series with as many inappropriate scenes and phrases as possible. Not an episode goes by without a single stomach-turning scene, be it the disgusting relationship between Abdel Raze’ and her son, or the adulterous affair Abdel Raze’s sister-in-law is tangled up in. The worst part about such inappropriate details is that they are not vital to the series’ dramatic flow of events. They are just there to attract a bigger audience, and boy do they succeed! In all fairness, the series offers some degree of suspense regarding the fate of Hayah’s relation with her son.

Another series which warrants a disclaimer about inappropriate material is the show Moga Harra (A warm wave). Based on the novel Monkhafad Al-Hend Al-Mousemy (India’s seasonal depression) by late scriptwriter Osama Anwar Okasha, the series delves deep into the life of a sadistic police officer, played by Jordanian actor Iyad Nassar. One of the most brutal scenes in the series is that which shows Nassar supervising the rape of a detainee with a stick. The plot thickens as the series takes us into the life of the victim; a pimp whose wife is engaged in a homosexual affair with an ex-prison inmate.

Despite the crude nature of the series’ plot and its rough adaptation on screen, Moga Harra lacks the sensationalist scenes Hekayet Hayah so frequently harbours. The series’ creators apologise to its viewers at the start of each episode for the savageness of the reality it wishes to portray. Apart from that, the series hosts a collection of seriously talented actors who seem to be giving their best performance. I believe this is one brave production, though airing it in Ramadan is definitely a bad call.

One of the most beautiful productions of this year is the series Zat, which is a TV adaptation of the novel by Sonallah Ibrahim. The series tells the story of a middle class Egyptian girl called Zat, born on the day the 1952 military coup took place. The series traces the life of Zat, played by actress Nelly Kareem, in parallel to Egypt’s modern history. Kareem does a brilliant job in bringing to life an example of a typical Egyptian woman who does not give politics much attention until it begins to directly affect her life.

The beauty of the series stems from its unmatched attention to the tiniest details such as what was popular at any given time in terms of fashion, interior design or cars. As such scenes, crafted with perfection, are fused with videos of historic presidential speeches and other historical events; the viewer is left to wonder whether the series is about Zat or about the country in which she resides.

Moving on to a more politicised series inevitably takes us to Al-Daeya (the preacher), starring Hany Salama. Salama plays the part of an extremist Islamist preacher whose conservative religious views contradict those of his liberal neighbour, played by actress Basma. Salama’s character soon transforms from someone who prohibits playing music inside his house to a moderate preacher who announced on TV he is in love with the violinist Basma.

Apart from the tawdry performance of Salama and Basma and the overly romantic plot, Al-Daeya fails to present anything that has not already been exhausted in news bulletins and talk shows throughout the past year. The series’ desperate attempt to be as true as could be to the political developments which took place since the election of former president Mohamed Morsi produces a lame, shallow, one-sided story which stops at reflecting its writer’s closed-minded opinion on Islamist politicians.

In the comedy category, Ahmed Mekki returns with a third season of the show Al-Kabeer (The “Big”), which keeps up with the lives of two twin brothers, one raised in the United States and the other raised in a village in Upper Egypt. Though not void of certain hilarious episodes, overall this season so far has proven to be the least creative of the three.

Already two thirds of the holy month has elapsed. And seeing that series have less than nine days to make a final statement to their viewers, wild developments are imminent.