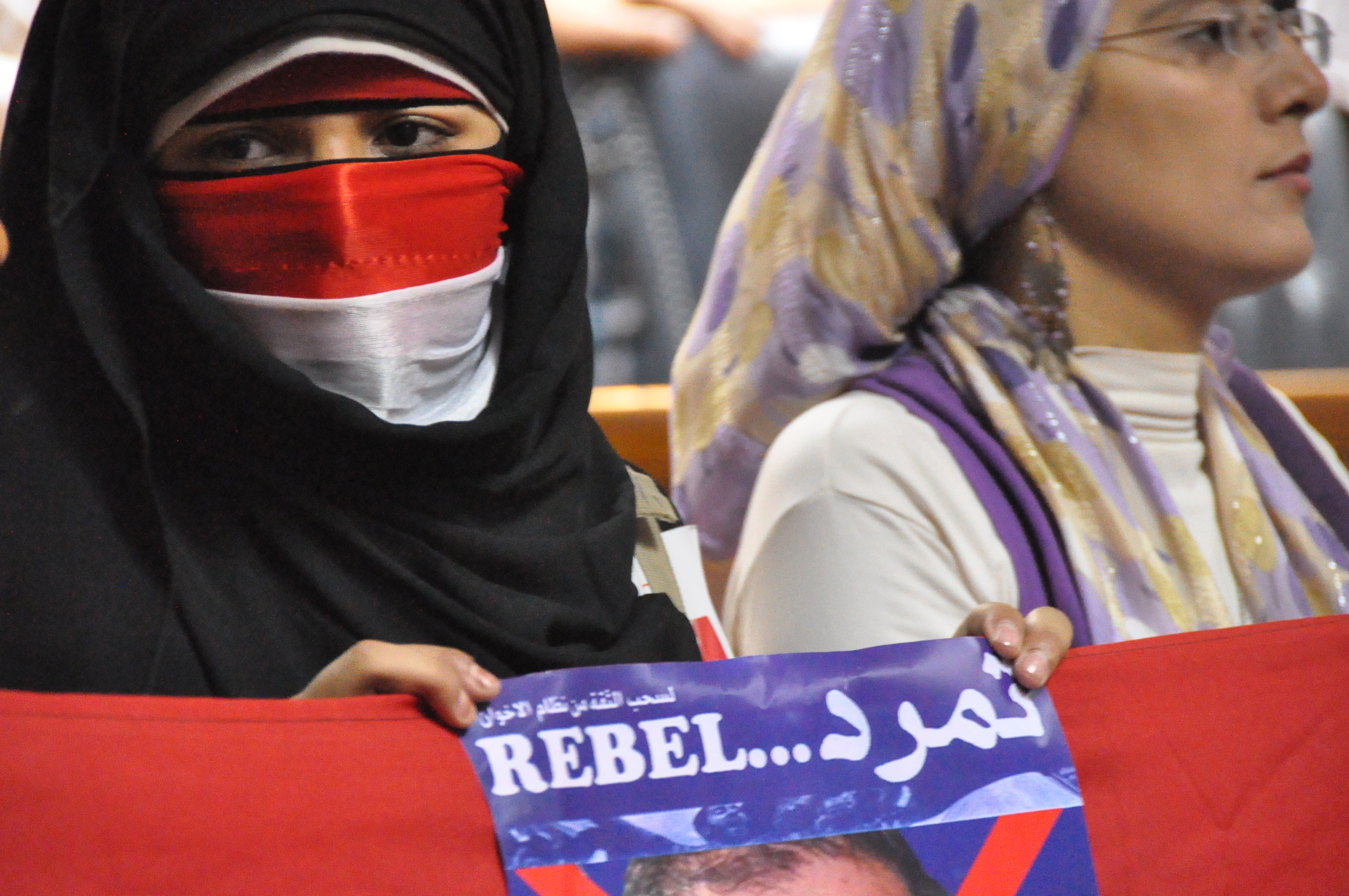 Tamarod has criticised Third Square, an initiative that opposes the military-led roadmap and the pro-Morsi protests, for what it alleges is an attempt to thwart the gains made by the 30 June uprising.

“Third Square is another face of the Muslim Brotherhood,” he said, adding that the initiative is counterproductive because it is “fragmenting the Egyptian people” over the transitional roadmap.

Tamarod criticised Third Square for its attack on the military, claiming that the Egyptian people did not side with the police or the military by rising up against the Muslim Brotherhood.

“A revolution does not mean we have to be against state institutions, and we are not siding with any group but the Egyptian people,” Heikal said of Tamarod. “We stood up against military rule in the past years, but today the military has a strong and important role.”

The Third Square initiative has held several protests in Sphinx Square, Mohandessin, in opposition of the involvement of the military in politics and the pro-Morsi Rabaa al-Adaewya sit-in. The initiative has garnered the support of several revolutionary groups, including the Revolutionary Socialists and 6 April Movement.

“Do not ask us to endorse a military coup that sides with one party over the other, closes channels, and shoots live ammunition in the streets,” the Third Square initiative said in a statement it released last week. Third Square added that it is calling for an alternative to the return to either military rule or former president Mohammed Morsi.

“There is no return to the rule of Mubarak, or the military, or Morsi,” the statement read.

The Third Square protests have won little popularity over the past week, with turnouts in the hundreds. Omar Kamel, a member of No to Military Trials for Civilians, said this is because the initiative is premature.

Kamel emphasised that it is too early for people to oppose the military because not enough time has passed to understand its intentions, with few indications regarding its future role in the transitional phase.

“It is a September protest happening in March,” Kamel said, drawing a comparison between Third Square and the anti-SCAF protests that took place under military rule before the 2012 presidential elections. “It took about six or seven months of protesting, from March until about September, for the people to understand and accept that military rule was a problem.”

Kamal criticised Tamarod for its attack on Third Square, arguing that the concept behind the initiative is neither controversial nor new.

“Third Square protesters are saying the same thing we have been saying for a year and a half during military rule and for a year during Morsi’s rule,” he said. “We neither want the military nor the Muslim Brotherhood to govern.”