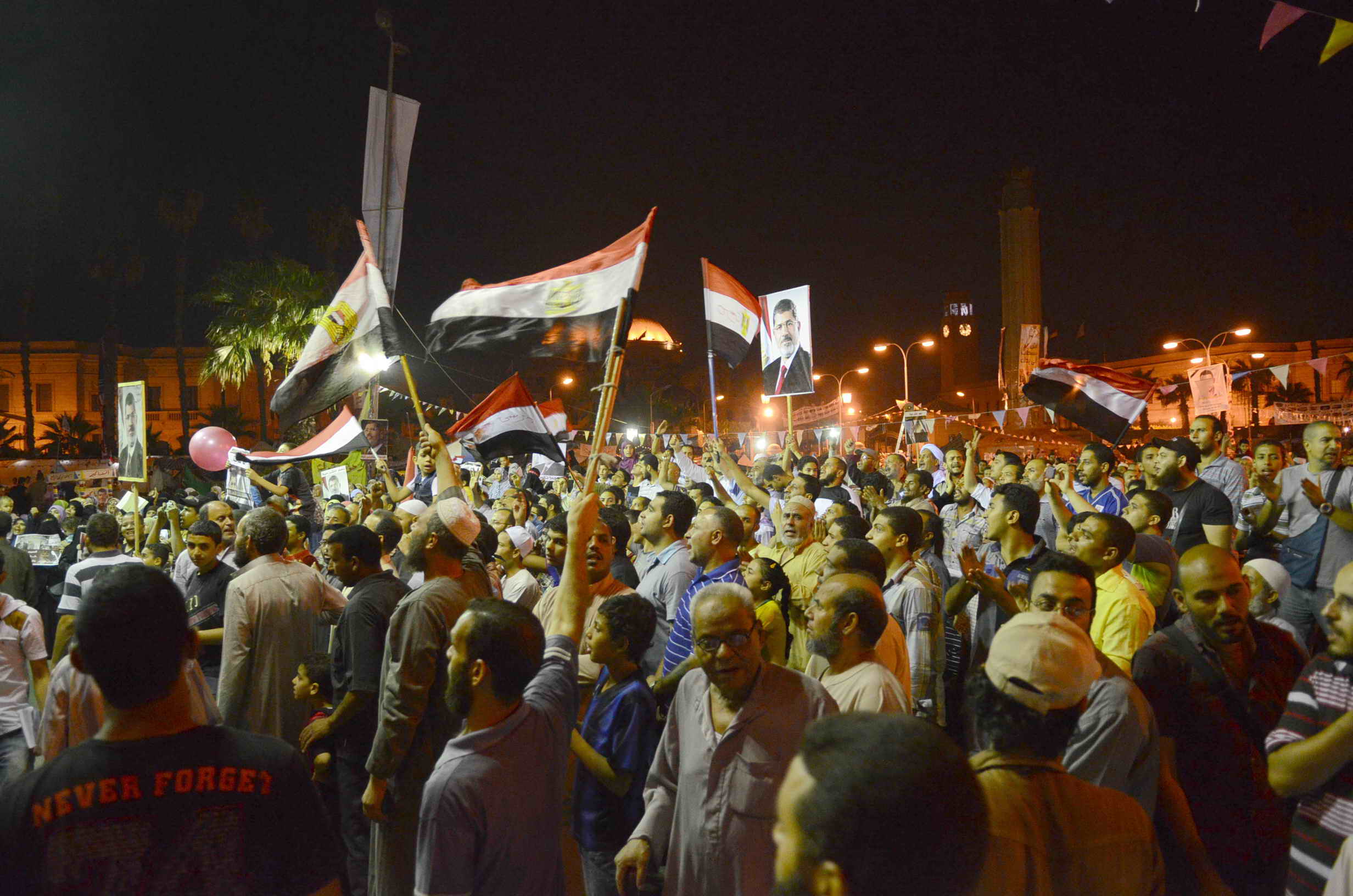 The Egyptian Organisation for Human Rights (EOHR) called on the Ministry of Interior to refrain from violence in a Thursday statement.

The 2300 member organisation stressed the importance of the application of international human rights standards, following an announcement by the interim cabinet that the sit-ins at Rabaa Al Adaweya Mosque and Nahda Square are threats to national security, and must be dispersed.

EOHR cited two articles from the Basic Principles on the Use of Force and Firearms by Law Enforcement Officials, which they said must be respected by the Ministry of Interior; firstly, the 13th article which stipulated use of non-violent means by law enforcement unless absolutely necessary; secondly, the 14th article, which stipulates law enforcement not use firearms unless in self-defence.

EOHR president Hafez Abo Saada stated that peaceful protests should be guaranteed, as long as they do not “pose a threat to citizens living there.”

The group called for restraint from the ministry against use of lethal force, and suggested methods by which the MOI could peacefully disperse the protesters, noting, “if weapons were discharged against a police officer, then retaliation does not contradict with human rights law.