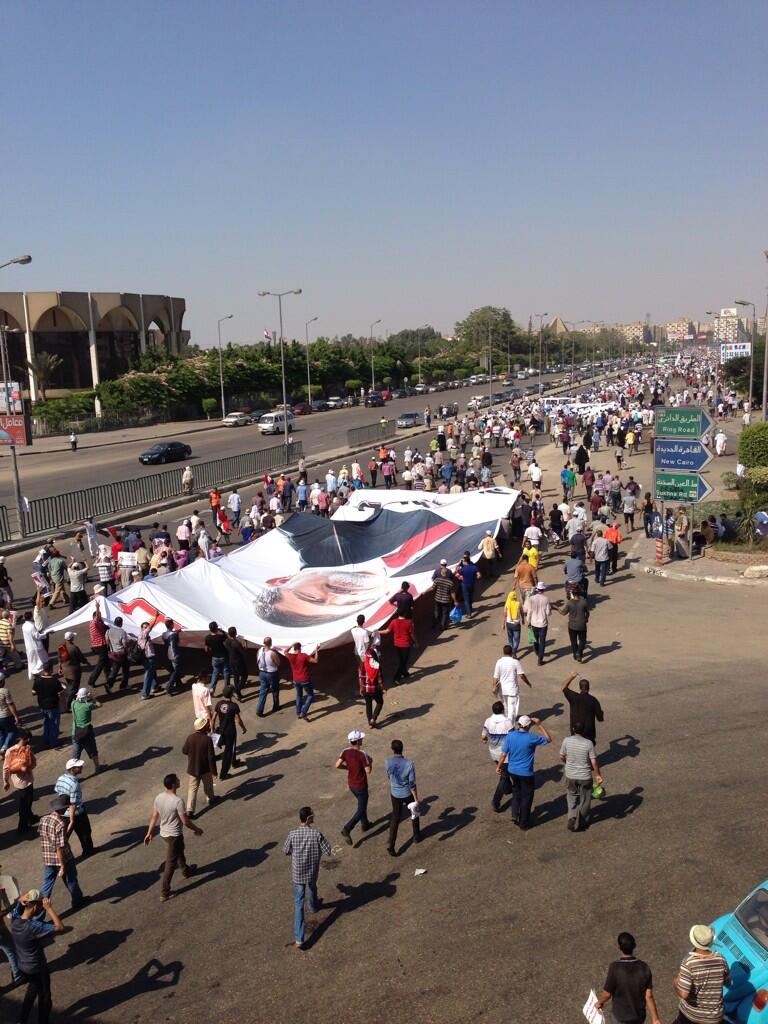 Demonstrators calling for the return of ousted president Mohamed Morsi announced another Friday of mass protests in Cairo and other governorates.

The Anti-Coup Alliance, backed by the Muslim Brotherhood, its Freedom and Justice Party, and other Morsi supporters said Friday demonstrations would fall under the banner of “Egypt against the coup.”

The group announced starting points for 33 different marches in Cairo and Giza, many of which will join the sit-ins at Rabaa Al-Adaweya and Cairo University, which have continued since Morsi’s ouster.

The protests come one day after the Ministry of Interior announced it would begin dispersing sit-ins in the interests of national security.

Following the ministry’s announcement, the Anti-Coup Alliance said protests would continue until the president, constitution, and Shura Council were restored, and demanded “justice to all who have caused bloodshed.”

“All revolutionary groups, including the Alliance, also announce that they do not recognise the coup government or its decisions or negotiations,” sad the group in a Thursday statement.

In his weekly message Supreme Guide of the Muslim Brotherhood Mohamed Badie called on all Egyptians to participate in “their struggle for freedom and the return of legitimacy,” according to state-owned Al-Ahram. Badie also reportedly called on soldiers and police officers to not obey orders if they were ordered to kill peaceful protesters.

He said that if protesters were met with heavy arms by the “supporters of the coup,” the demonstrators would continue peacefully saying, “our peacefulness is more powerful than all of their weapons.”