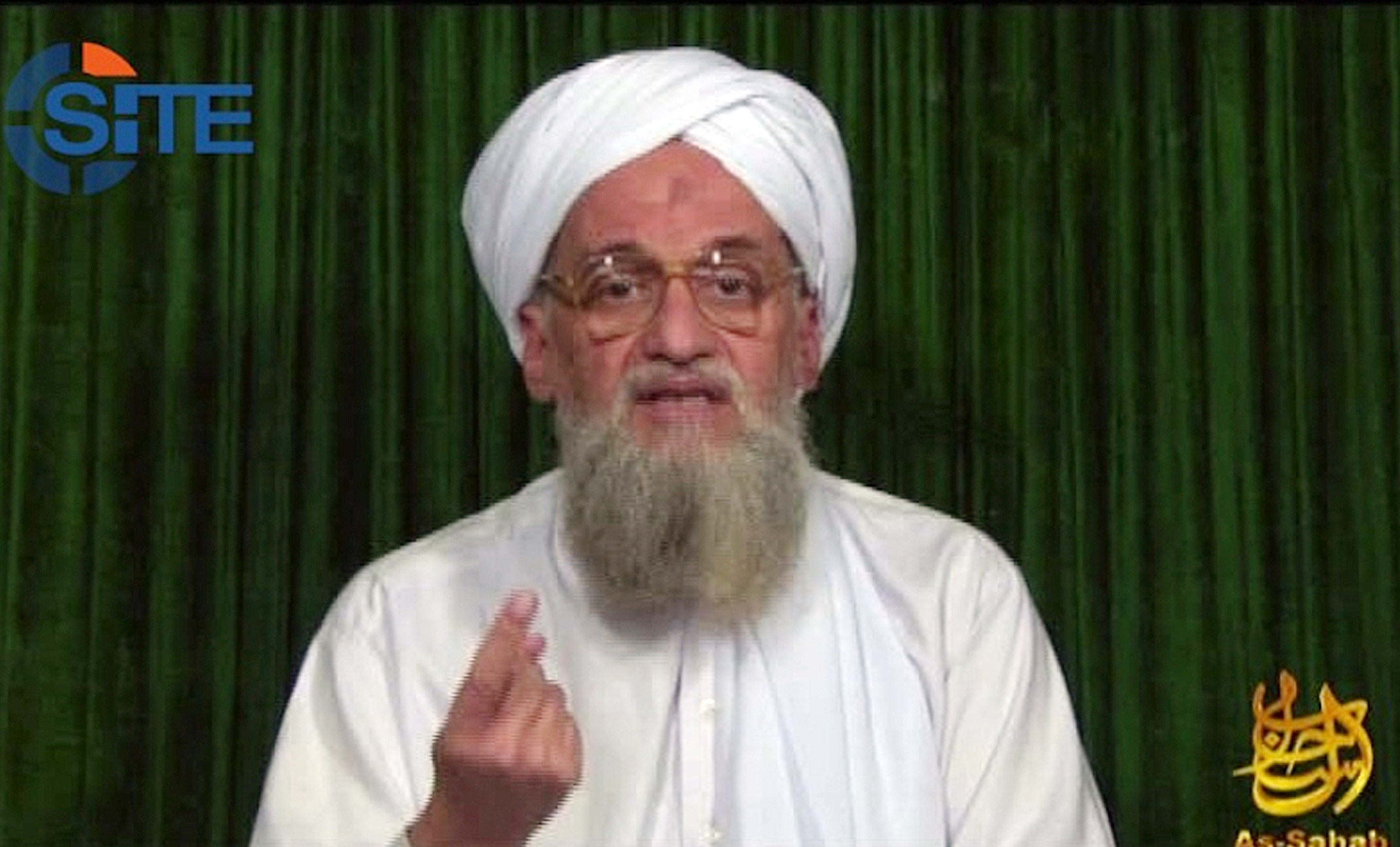 The leader of Al-Qaeda, Ayman Al-Zawahiri, released a recorded audio message on Friday, in which he accused various parties of conspiring to overthrow former president Mohamed Morsi.

The video was posted originally to a jihadist website, state-run Al-Ahram reported, but was also posted on YouTube. In the clip, Al-Zawahiri blamed the “crusaders, secularists, the Americanised military, remnants of Mubarak’s regime and some affiliates of Islamic groups” for their part in Morsi’s toppling, which he said they had achieved with “the support of Gulf money.”

Al-Zawahiri said the leader of the Coptic community, Pope Tawadros II, “supported the crusaders in toppling the government of Mohamed Morsi,” in order to establish a “Coptic state in southern Egypt.”

The conspiracy to overthrow Morsi, the recording continued, aimed to install a “secular, pro-American president to rule Egypt so they can continue with their plotting, along with the Americans and Zionists, to divide Egypt, just like in Sudan.”

Al-Zawahiri chided the secularists and “their chief Mohamed ElBaradei” for celebrating the fall of democracy, even though they were the ones who called for it.

A spokeswoman from the US embassy in Cairo refuted these claims, saying the conspiracy theory was “false” and the closure of a number of US embassies in the Middle East and North Africa was unrelated to the release of this latest speech.