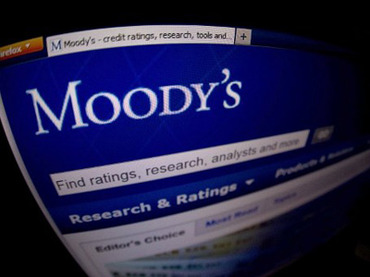 Credit Rating Agency, Moody’s downgraded the Bank of Alexandria’s local currency deposit rating one notch, from B2 to B3.

The rating agency has also affirmed the bank’s Caa2 foreign currency deposit rating with a negative outlook. It stated in a press release the decision was taken in response to the lowering of standalone baseline credit assessment (BCA) of the Bank of Alexandria’s parent bank Intesa Sanpaolo to Baa3 from Baa2.

Moody’s stated the rating action was driven by the firm’s “view that Intesa’s capacity and potentially its willingness to support Bank of Alexandria has been reduced”.

It stated the rating could further weaken the bank’s asset quality and profitability, and reduce Intesa’s ability to support the bank in the future, given the “stressed operating environment” in Egypt, which it rated Caa1.

“As indicated by the negative outlook, we see limited scope for upward rating movement in the foreseeable future. The bank’s ratings could stabilise, however, following the stabilisation of the Egyptian operating environment,” Moody’s said.

A few days after Morsi’s ouster, Saudi Arabia, the United Arab Emirates and Kuwait pledged a total of $12bn in aid to Egypt, which the agency deemed “credit positive” despite their “temporary” nature.

The firm stated that an upgrade to the rating is unlikely in the near future, but noted the implementation of an International Monetary Fund-supported program of fiscal and economic reform would be considered as credit positive.

Egypt has reached a “junk status” by leading credit rating agencies worldwide following the political unrest that followed the uprising in 2011 that ousted Hosni Mubarak.