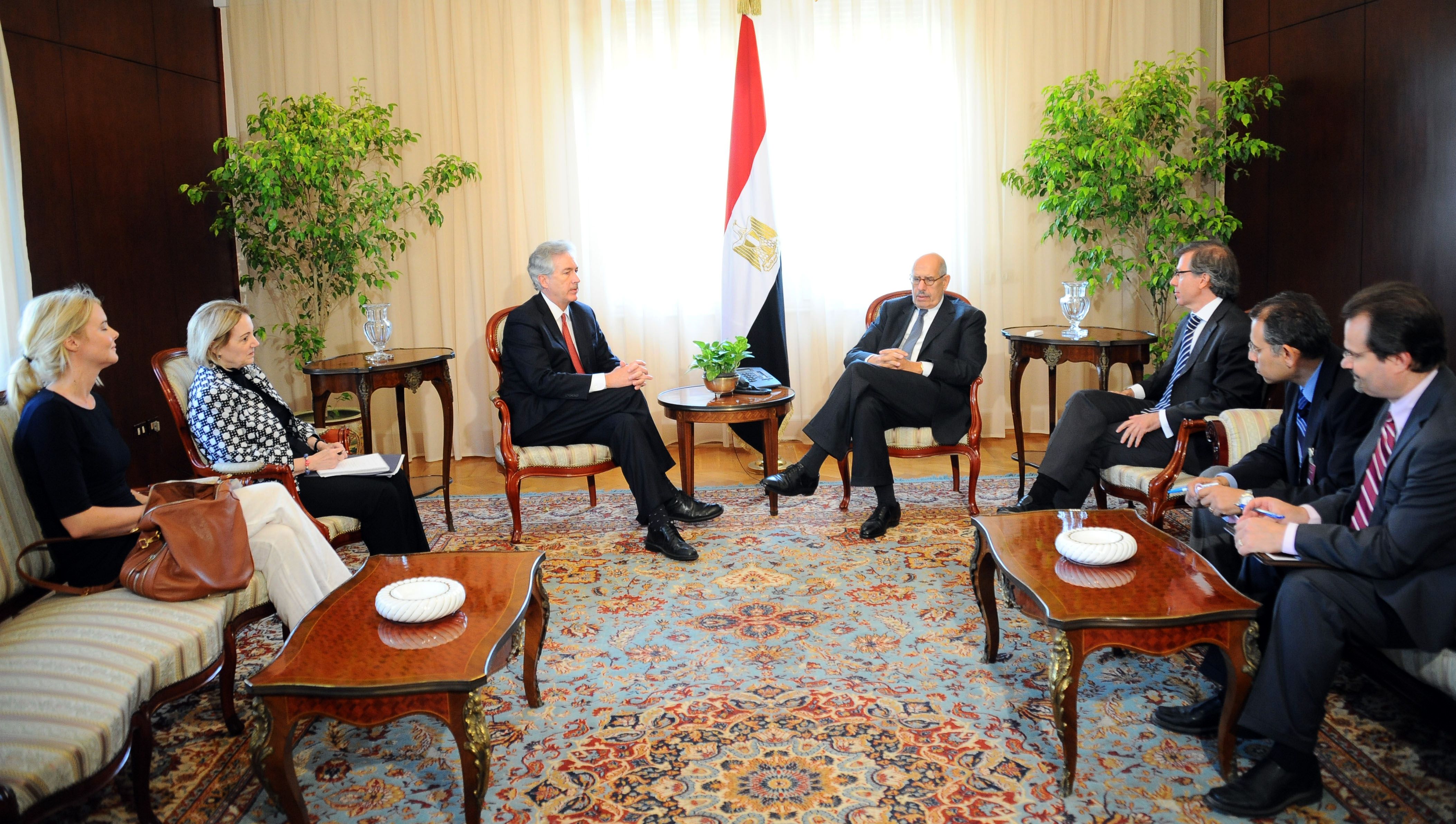 William Burns arrived in Cairo on Friday evening to reiterate the United State’s call to end violence and move forward with an inclusive transition process.

The US Deputy Secretary of State met with Minister of Foreign Affairs Nabil Fahmy and members of the Anti-Coup Coalition on Saturday morning. He also met with interim Vice-President Mohamed ElBaradei.

EU Special Representative for the Southern Mediterranean Region Bernadino Leon joined Burns at the foreign ministry to meet with Fahmy.

The minister told the visiting diplomats that while the ministry is happy to receive foreign delegations and “listen to their views and perspectives” he stressed, “the final decision regarding internal affairs is of course in the hands of the Egyptian government alone and taken in accordance with the will of the Egyptian people.”

Fahmy stressed that any decisions made will consider “national security and the security of its citizens and standing in the face of acts of incitement, violence and terrorism.”

The ministry statement said Burns and Leon stated separately: “the future of Egypt is for the Egyptian people to decide, without external interference.”

Burns is expected to meet with representatives of the Anti-Coup Coalition including Mohamed Bishr of the Muslim Brotherhood, Amr Darrag of the Freedom and Justice Party, Nevine Malak of the Conscience Front and Tariq Malt of Al-Wasat Party.

On Friday the US State Department said Burns was asked by Kerry to travel to Cairo “to discuss with Egyptian leaders the importance of avoiding violence and helping to facilitate a peaceful and inclusive political process.” A statement said: “The US looks forward to seeing a peaceful transition to a democratically-elected government that protects the rights of all Egyptians.”

Ashton and the AU delegation were granted meetings with Morsi, however Westerwelle was denied a meeting according to the armed forces spokesman.