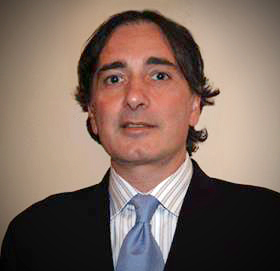 Egypt appears to have turned the clock back to the Mubarak era. The military is the kingmaker while Muslim Brotherhood leaders are imprisoned and the organisation is being driven underground.

But there is a key difference: Democratic elections are in the making. And while that’s a positive development filled with high expectations, the bloodstained crackdown of the Brotherhood places Egypt’s future democratic governability in question. There can be no moderate democratic Egypt without a positively engaged Brotherhood.

The new regime’s extra-judicial prosecution of Brotherhood leadership and the steadfast crackdown on its supporters are remarkably short-sighted. The liberal government and its military backers are gravely underestimating the ballot-box impact and prowess of the Islamist organisation.

With fragmented and polarised politics, along with liberal parties electorally handicapped, the Brotherhood is the one political force that holds the key to any majority rule in general and a centrist rule in particular.

The second includes moderate and centrist majority rule: an ideal but unlikely result.

The final and third outcome involves Islamist majority rule. This is a less-than-tolerant result that can be achieved, at least, through an absolute parliamentary majority.

If elections were today, Islamist parties would likely hold a majority in Parliament even if they failed to capture the presidency but whether a new governing majority would be centrist or extremist depends solely on the Brotherhood and its alignment as a political force. Through its Freedom and Justice Party, or its influence in general, the Brotherhood can deliver a legislative majority either to moderate liberals or to extreme Islamists.

But can the Brotherhood be a moderate political partner? Yes, at least potentially. Moderation and pragmatism are part of its political DNA. In fact, former president Mohamed Morsi’s uncompromising rule and strategic failures were his own, not the Brotherhood’s.

As I undertook political consulting work in Egypt at the end of 2012, the insulated course of Morsi’s presidency became quickly apparent. By then, only in the eyes of the media and the opposition were Morsi and his inner circle synonyms with the Brotherhood and the Freedom and Justice Party. The presidential palace’s political revolving door, in fact, had long been shut.

Morsi’s rule stood largely on its own amid its many shortcomings and rather few accomplishments. His eventual removal months later took place on the backdrop of a failed and tone-deaf presidency that culminated in his refusal to meet the military’s 1 July ultimatum for compromise and inclusive government. But that was only “the straw that broke the camel’s back.”

Faced with a steep learning curve and lack of experience in politics, Morsi struggled in putting forth a vision for all. He generally demonstrated a lack of political strategy acumen that left him vulnerable to political pressures from the left and right: pressures that proved just too much for a novice president to handle.

These pressures channelled complex interests by well-funded and politically shrewd groups, with former-regime liberals single-mindedly committed to safeguarding their gains of the last 30 years and fundamentalist Wahhabi and Salafi Muslims solely intent at advancing their vision of Islam.

Squeezed in the middle, Morsi became unwilling to court moderates, the millions outside of the Brotherhood who helped vote him into office, in order to neutralise those undermining his presidency. He wanted little more than to cleanse the political environment of influences of the former regime, or what he called the “deep state.”

But these were forces that also happened to be the most vocal and vicious in attacking him; and those who caused his greatest political damage. They used endless resources to control much of the media’s political discourse and to dictate the terms of the debate between the opposition and the president.

Furthermore, through their bureaucratic allies, they quietly worked to challenge and even undermine Morsi’s rule by slowing or stonewalling the execution of his administration’s policies.

On this background, the Salafis and Wahhabis seized the opportunity to court the Brotherhood, offer support and gain constitutional and legislative alliances. But these were nothing more than ad-hoc alliances. Even moderates among the Muslim organisation’s leadership and the rank-and-file felt uneasy with such political partnerships.

However, an undermined Brotherhood could hardly reach out to moderate groups among the opposition. Morsi had been alienating these moderates.

Within this complex framework, a cornered Morsi sporadically issued weak calls at dialogue, often too little, too late and with no impact. He increasingly isolated himself, lost perspective and eventually lost the country. In the end, Morsi’s leadership and strategic shortcomings became the sole determinant of a failed presidency.

But while Morsi may be gone for good, the Brotherhood remains, however battered.

During Hosni Mubarak’s rule, elections were meaningless and represented one tool to put a check on the socio-political power of the Brotherhood. Now elections produce meaningful results. Regardless of the extent of the crackdown on its leadership and supporters alike, the Brotherhood’s ability to deliver votes is significant and carries electoral consequences.

Prosecution, or even persecution, does little to a robust and resilient grassroots organisation that counts millions of potential voters among its members and sympathisers, all the while the liberal opposition is fraught with infighting and a lack of organisational muscle.

In democracy, it is majorities that rule. And in a democratic Egypt, whether we like it or not, the Brotherhood is going to be key to any electoral majority rule. The country’s political centre, the military and the recently installed liberal government should be mindful of that.

Nino Saviano is a Republican strategist and president of Washington’s Savi Political Consulting. Through his international work, Saviano has been advising political leaders and candidates around the world, including Egypt. This column was originally published on UPI.com