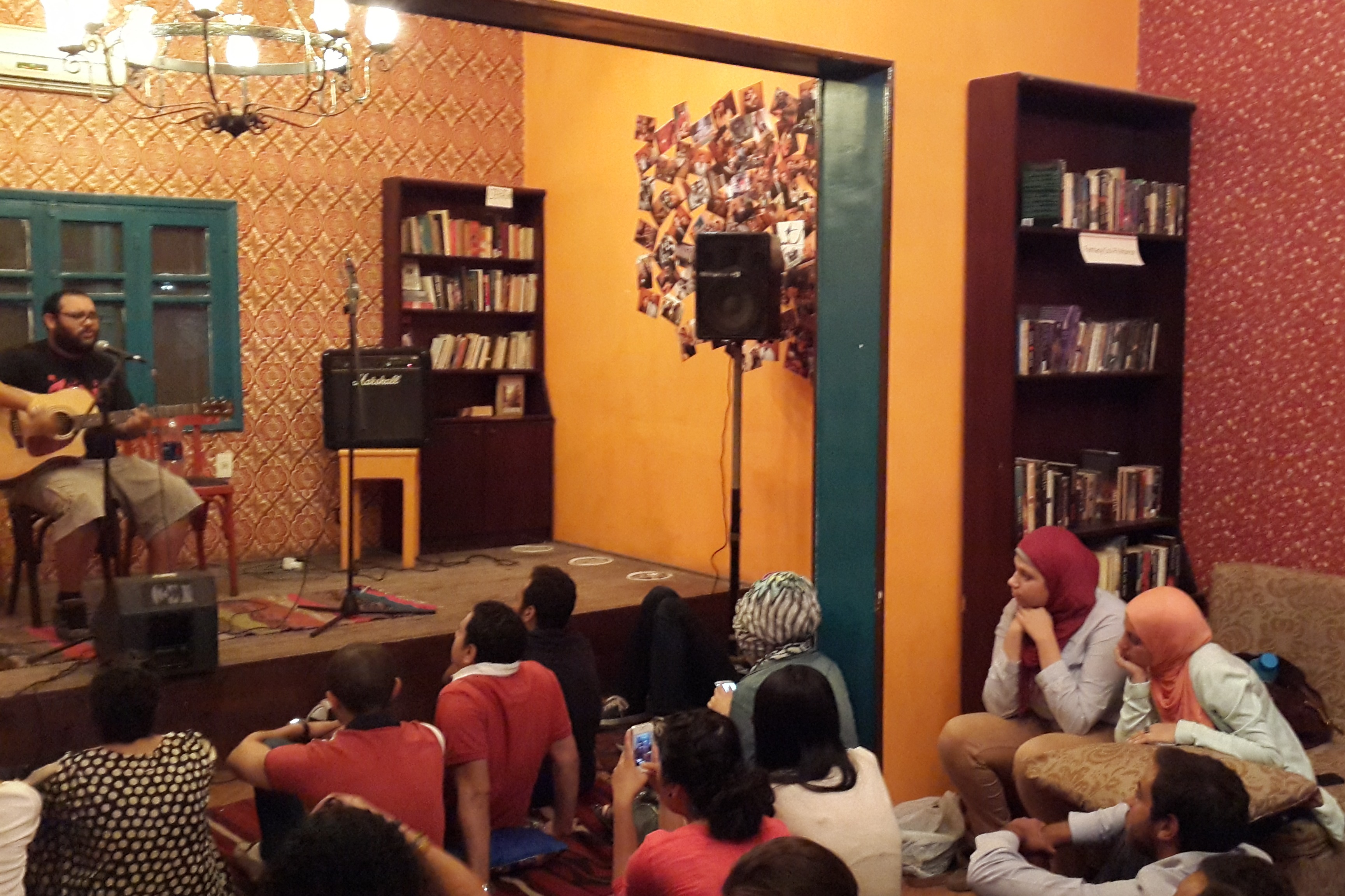 During Ramadan having to explain your diet, if it deviates from the norm, can be tiresome. The last thing anyone wants to do is explain their nutritional choices to persistent Egyptian women who want to feed you.

The third Veggie Fest, hosted at Bikya Maadi, granted vegetarians and vegans the chance to have iftar without having to do anything but eat.

The idea was conceived by a group of vegetarian and vegan friends who founded a Facebook group for like-minded individuals in Egypt.

“We held the first Veggie Fest in January 2011, a week before the revolution. Veggie Fests are held all over the world, so we thought, why not bring it to Cairo?” says Maie ElZeiny, co-founder of the event.

The event relies on its participants contributing dishes. Everything was labelled clearly for those who were unaccustomed to plant-based diets, and even those seemed undeterred as they enjoyed the food and took second helpings.

The evening included musical performances by Aya Metwally, who sang in Arabic in an intimate setting. “I was a vegan for four years so I know what it feels like,” said Metwally. “Even though I am not a vegan anymore, I like the feeling of community and the positive atmosphere.”

Adhering to a plant-based diet was not a prerequisite for attendance: “We wanted this to be an inclusive environment where people who were not vegetarian or vegan could try the food and have a good experience,” ElZeiny said. “This is our third year and we are seeing bigger crowds, even if we did not heavily publicise the event. We only charged EGP10 to cover renting the sound system and as a thank you for the waiters,” she added.

The event included a “live mural”, a collaborative effort between the attendees to create a big painting, which one person humorously called “therapeutic”.

“We had people give lectures on animal rights and vegetarianism, and the effects of eating meat on health. This year we wanted to make it different. Many activists are invited as participants,” ElZeiny said.

ElZeiny said the event nearly did not happen this year, given the tumultuous situation in the country. “But then people started asking me when the iftar would be so we decided to organise one anyway. But we did not want to make it into a big event so as not to be insensitive to what is happening in the country.”

Despite the little publicity this edition of Veggie Fest was given, the iftar attracted the highest number of participants to date. The large variety of vegan and vegetarian dishes was very much appreciated by the crowd, as were the musical performances.