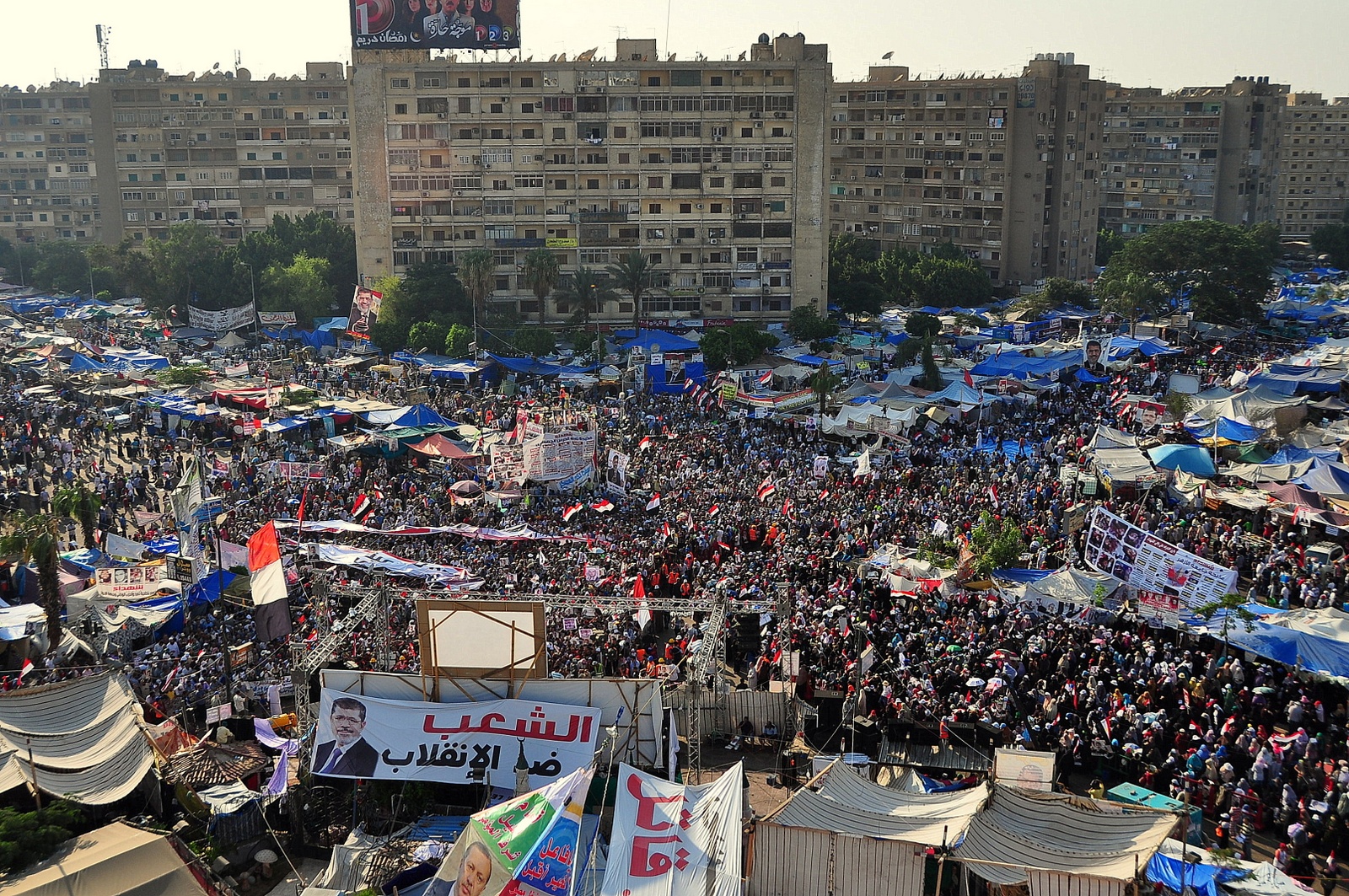 The National Defence Council backed the cabinet’s call to disperse sit-ins near Rabaa Al-Adaweya Mosque and Al-Nahda Square during a Sunday meeting.

The council, which met three times in the last ten days, discussed a number of national security issues.

The council agreed to support the government in steps “to impose security” and “confront threats” at the sit-ins “in compliance with the law and in respect of human rights,” according to state-owned Al-Ahram.

“The council calls upon the citizens at Rabaa Al-Adaweya and Al-Nahda to assume their responsibilities to the nation and categorically renounce violence,” according to  a statement from the council, urging protesters supporting ousted president Mohamed Morsi to leave the sit-ins and take part in the transitional roadmap.

“The council supports the government in its role and responsibility in protecting citizens’ right to a secure and stable life, and does not allow any attempt to intimidate citizens or blackmail the state or society,” the statement concluded.

The Ministry of Interior dropped leaflets from aircrafts on Sunday over Rabaa Al-Adaweya and Al-Nahda, saying that pro-Morsi demonstrators had been “brainwashed by the Muslim Brotherhood” and urging them to leave. The flyers also said those organising the demonstrations were guilty of a number of offences including torture, murder and child abuse.

In July, the council said it would closely monitor the sit-ins, called for by the Brotherhood and other supporters of the ousted president. At the time it said it was “deeply concerned” that the protests “did not respect the fundamental principles of national security.”

Last week the interior ministry, in a video message, announced it would begin dispersing sit-ins, calling on protesters to “listen to the voice of reason” and “put the nations and public interests first.”

The ministry’s message came one day after the interim cabinet called on the security apparatus to “bring an end” to the sit-ins.