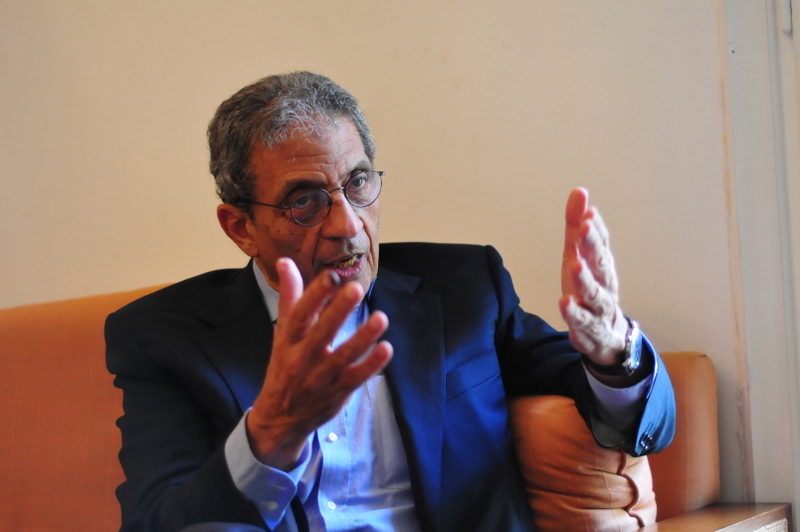 A private meeting was held early Tuesday morning between representatives of different political factions and the Al-Nour Party in an attempt to find “common ground”.

Attendees of the meeting in the headquarters of Al-Wafd Party included Sayed Badawy,   Al-Wafd Party president, Amr Moussa, founder of the Egyptian Conference Party and Mohamed Samy, president of Al-Karama party among others.

Hossam Al-Kholy, Secretary General of Al-Wafd Party, explained: “the meeting was positive and productive by which the attendees agreed on national accountability towards the lives of Egyptians,” according to MENA.

He added that the meeting allowed the parties to agree on “reaching a solution in the nearest possible future to solve the political predicament.”

Early reports stated that the meeting was between the National Salvation Front and Al-Nour Party; however several members within each party denied this.

Ahmad Saeed, president of the Free Egyptians party, said: “the meeting was an initiative by Al-Nour Party and a number of individuals not representing the National Salvation Front….They were a number of separate political parties that have nothing to do with the NSF.”

Shaaban Abdel Alim, member of the high board of Al-Nour Party confirmed that the National Salvation Front was not present in the meeting, adding that it does not have ”valuable influence”.