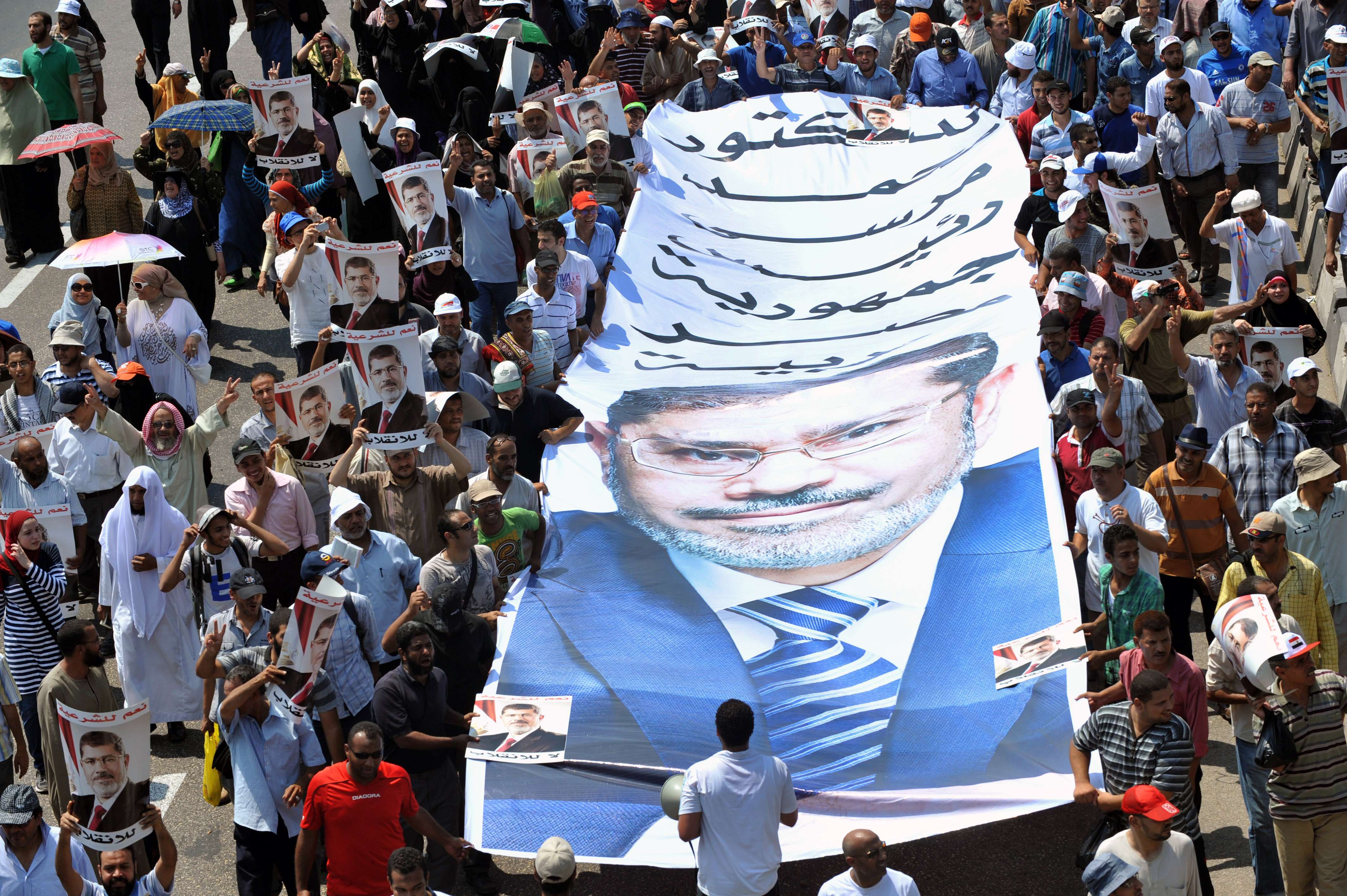 Violence broke out between Nasr City residents and supporters of ousted president Mohammed Morsi near the Rabaa Al-Adaweya sit-in on Tuesday night. The fighting, which lasted for several hours, started after residents attempted to dismantle a blockade made out of rocks by the protesters on Youssef Abbas Street.

Protesters said they constructed the blockade as a security measure to fend off attacks against the sit-in, however residents argue that it hinders their freedom of movement

The call to remove the blockade was made by the Facebook group, SOS Rabaa Al-Adaweya Residents, and was answered by over ten residents who set out at 10.30pm on Tuesday to take apart the road obstruction.

According to accounts published on the Facebook page, when residents insisted on the removal of the blockade hundreds of protesters rushed to push them back, attacking the them with sticks and throwing bottles and stones. The residents also alleged that they retreated once protesters fired gunshots in their direction.

The group added that several residents were badly injured during the fighting; one suffered from a skull fracture after protesters attacked him with wooden sticks.

The clashes ended with a failed attempt at negotiating the removal of the barrier. SOS Rabaa Al-Adaweya Residents has criticised security forces for failing to ensure their safety and freedom of movement.

“The situation is no longer safe for us, for we are not as armed as them,” the group said.