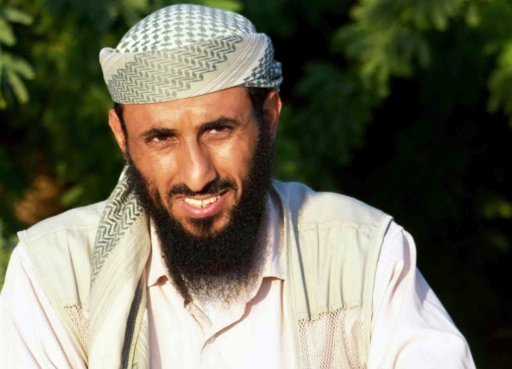 Hammoud Mounassar (AFP) – At least 12 Al-Qaeda members were killed in drone attacks in one day in Yemen as the United States stepped up strikes against suspected militants behind a global security alert.

Washington on Thursday also evacuated all non-emergency staff from its consulate in the Pakistani city of Lahore, citing “specific threats”.

The Wall Street Journal cited an anonymous US official as saying the leader of Al-Qaeda in the Arabian Peninsula (AQAP), Nasser al-Wuhayshi, masterminded the plot that sparked the global alert.

Previous reports said that Wuhayshi was ordered on the offensive by Al-Qaeda’s overall leader, Ayman al-Zawahiri.

But the official who briefed the newspaper said an intercepted communication had shown that Zawahiri merely approved an operation that had been drawn up in Yemen.

According to Yemeni officials, Wuhayshi’s group planned to storm a Western-run oil terminal and seize a port city.

US officials have not said what they think the targets were, but they have closed 19 embassies and diplomatic missions until at least the end of the week.

A spokesman for the US embassy in Islamabad said the evacuation of all non-essential staff there was not linked to the alert that prompted the closure of embassies and consulates in the Middle East and Africa.

Yemen’s northern neighbour Saudi Arabia said it has arrested two suspected Al-Qaeda members who may have been plotting against Western diplomatic missions in the Middle East.

AQAP, formed in January 2009 as a merger of the Yemeni and Saudi branches of Al-Qaeda, is viewed by Washington as the most active branch of the worldwide jihadist network.

With little sign of the Al-Qaeda threat alert being eased, at least 12 suspected AQAP militants were killed in three separate drone strikes in Yemen on Thursday.

The first attack at dawn, presumed to have been launched by an American drone, was the sixth of its kind since the end of July.

It targeted two cars bearing members of Al-Qaeda in the Shabwan area of the Maarib region east of the capital, and killed six Al-Qaeda members, a tribal official said.

The second attack killed two Al-Qaeda members in a car near Ghayl Bawazeer in the south, the official said.

And four other Al-Qaeda members died in a third drone attack late on Thursday in the same area, according to a military official.

US President Barack Obama’s administration has scored a string of victories over Al-Qaeda, locating and killing Osama bin Laden in Pakistan in 2011 and sharply increasing the use of drones in targeted strikes against its leaders.

But despite these successes, “the recent global terror alert illustrates that, 15 years after its first attacks on America, Al-Qaeda is thriving,” former CIA analyst Bruce Riedel wrote in a recent opinion piece.

Both Washington and London pulled out diplomatic personnel from Sanaa on Tuesday, citing intelligence reports of an imminent AQAP attack.

On Wednesday, the Yemeni authorities said they had thwarted an AQAP plot to storm a Canadian-run oil facility at Mina al-Dhaba on the Arabian Sea coast.

On the same day, another presumed US drone assault killed seven suspected jihadists in the southeast.

Eight drone attacks since July 28 in Yemen have now killed a total of 36 people.

Only the United States possesses such aircraft in the region.