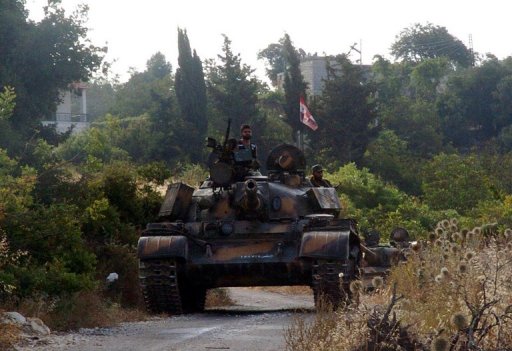 AFP – Air strikes by the Syrian military killed at least 20 people in the northwestern province of Latakia overnight, the Syrian Observatory for Human Rights group said on Saturday.

“The toll in several air strikes on the town of Salma in Jabal Akrad rose to at least 20 people,” Observatory director Rami Abdel Rahman told AFP.

Abdel Rahman said 10 of those killed were believed to be civilians, although many of the bodies were so badly disfigured that it was not immediately possible to identify them.

At least six of those killed were Syrian rebel fighters, while four were foreign volunteers, he added.

“The number of deaths is expected to rise because of the number of wounded and those in serious condition among them,” he said.

Latakia province is a stronghold of the Alawite minority of President Bashar al-Assad.

In recent days, rebel forces have captured a number of villages in the Jabal Akrad, a mountainous district in the north of the province.

The army has hit back, sparking fierce fighting that has left dozens dead on both sides, according to the Observatory.

Fierce fighting also erupted during the night between government troops and rebels in the Barzeh neighbourhood of Damascus, the Britain-based watchdog said.

The army shelled both Barzeh and the Jubar district of the capital, it added.