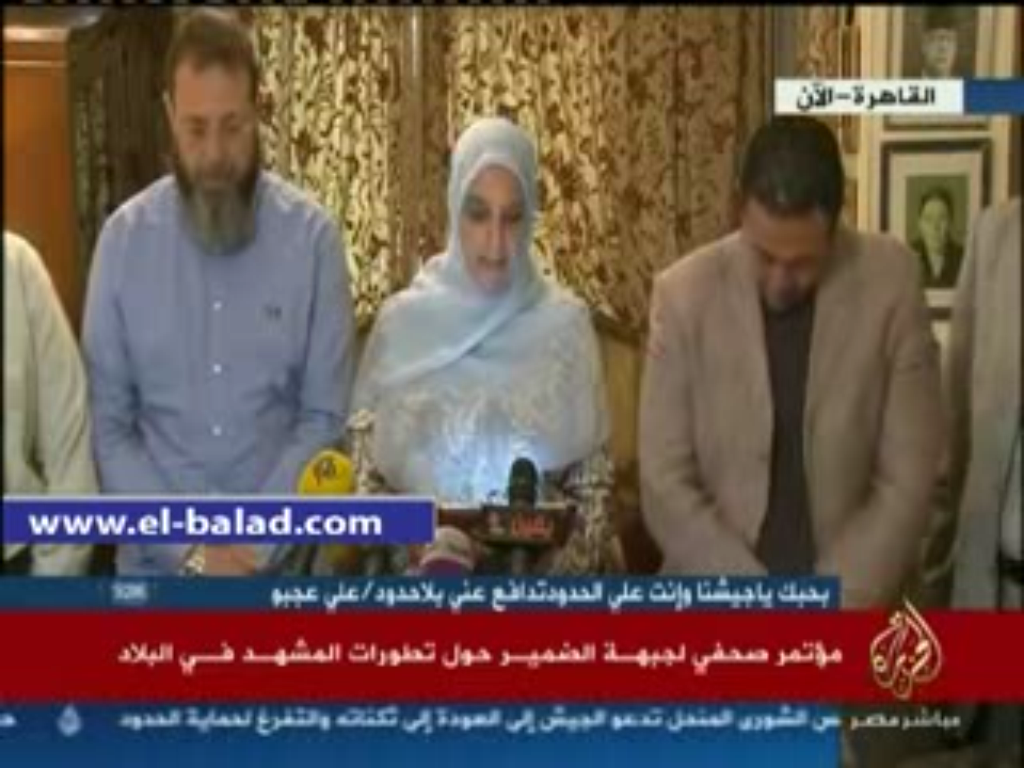 Yousry, during a press conference held by the Conscience Front, added that the current situation threatens to “tear the nation apart” and comes at a time of grave national security risks.

He indicated that a meeting between the head of the army and the former president could allow the president to use his powers to make compromises including amending the constitution and setting a presidential referendum.

The front rejected Al-Azhar’s initiative for reconciliation because of its “participation in the coup,” saying that negotiations could only take place under sincere pretenses through the release of political detainees and the return of satellite channels that had been shut down on 3 July. The front also called for the end of incitement in the media that had been allowed to continue during the past month.

The front held the army accountable for securing sit-ins supporting the ousted president at Rabaa Al-Adaweya and Al-Nahda Square without bias or exclusion.

The group also condemned alleged “Zionist” military operations in Sinai, in reaction to the Friday explosions that killed at least four militants. It stated that the army’s ongoing role in politics distracted it from its fundamental role in securing the country’s borders.

The Conscience Front, which largely consists of Islamist politicians, last week rejected the interim cabinet’s orders to disperse the sit-ins at Al-Nahda Square and Rabaa Al-Adaweya saying the use of force by the military or police is not a solution to a political problem.