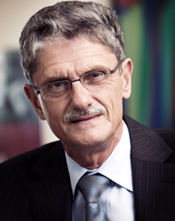 Egypt’s ambassadors to Denmark and France have conducted meetings to explain developments in Egypt’s political scene abroad and to convey that the removal of former president Mohamed Morsi by the armed forces was in response to the popular will of the people.

Ambassador Nabil Habashi met with Speaker of the Danish parliament Mogens Lykketoft “to convey the true picture of developments of the Egyptian political scene.” Habishi pointed out to Lykketoft “many observers have estimated… around 30 million people” protested on 30 June and the following days, claiming this represents 60% of Egypt’s eligible voters.

Habashi stressed to Lykketoft, the events of 30 June were an “expression of the popular rejection of the policies followed by the former regime, which deviated from the democratic path.” The ambassador also highlighted the interim government’s commitment to the roadmap outlined by the armed forces following Morsi’s ouster. He added that the government is “keen not to exclude any political faction as long as everyone is committed to peace.”

The Egyptian Ambassador to France, Mohamed Mustafa Kamel, visited the Principality of Monaco and delivered a message to Prince Albert II from interim President Adly Mansour, and met with officials from the principality. Like Habashi in Denmark, Kemal stressed that the events of 30 June and the intervention of the armed forces was driven by the popular will of the people.

The ministry’s statement pointed out that Monaco is “an active member of the United Nations” and “actively participates in the International Organisation of La Francophonie.”

Since Morsi’s was removed from power on 3 July the Ministry of Foreign Affairs has made  extensive contacts with diplomats and politicians around the world in order to present the “correct and proper image” of Egypt under the direction of interim Minister of Foreign Affairs Nabil Fahmy.

This effort entailed various meetings with ambassadors at the ministry in Cairo, numerous telephone conversations between Fahmy and his counterparts and the deployment of envoys around Africa to deliver the ministry’s message; the latter effort being especially pertinent since the suspension of Egypt’s membership to the African Union’s Peace and Security Council following Morsi’s removal.