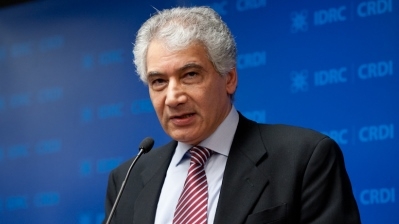 The project to automate the nationwide distribution of diesel and gasoline will help the government address shortages and help combat smuggling, and its implementation must be followed with close scrutiny said Finance Minister Ahmed Galal, according to state-run MENA.

The first stage of the project, which saw the completion of automated trade between petroleum warehouses and fuel stations throughout the country, ended last month.

Galal emphasised the importance of building an accurate database for fuel consumption rates of subsidised petroleum in different parts of the country. Such a database, he said, would allow the government to intervene during times of crisis to increase amounts of fuel available in different governorates as needed.

The programme, which would be overseen by the ministries of petroleum and finance, aims to rein in instances of smuggling and preserve subsidies for petroleum, which have increased three times over the last eight years, from EGP 40bn in 2005/2006 to EGP 120bn today.

The statements came during a meeting to discuss implementation of the project and address obstacles and problems, chaired by Galal and attended by Ibrahim Sarhan, Chairman of the electronic payments company E-finance and official in charge of implementing the electronic smart cards programme, in addition to Atef Malsh, chairman of the public budget sector of the Ministry of Finance and Aiman Talaba, advisor to the Ministry of Finance for Information Technology Affairs.

The ministry agreed to sign a three-way cooperation protocol between the Ministries of Finance, Interior and E-finance, to allow the administration of the project; such a programme would also facilitate the distribution of petroleum subsidy smart cards issued to vehicle users.

Sarhan said the programme sought to eliminate smuggling through the establishment of new regulatory provisions regarding the trade and distribution of petroleum, and to provide accurate statistics regarding the value and consumption rates of petroleum in addition to peak hours of usage throughout the year. This, he said, would “help the country’s decision makers make better plans for the future and make appropriate decisions, in addition to providing an accurate foundation upon which to conduct adjustments between the Ministry of Finance and the Egyptian General Petroleum Corporation.”

Talaba said the second stage of the project began in July and smart cards had already been distributed to all registered vehicles and agencies currently operating with diesel, saying that the same would soon be done for all those operating on gasoline. At a later stage, cards will be released for all unregistered vehicles and agencies that operate on gasoline and diesel.

He said no rations had been stipulated yet for fuel consumption as a result of the smart card programme, saying that users of cars and vehicles would be allowed access to purchase and obtain normal amounts of fuel.

Talaba also said the first supply operation for diesel-operated vehicles owned by the Ministry of Finance took place last July, in addition to the creation of the programme’s website which would accept requests for smart cards.

Ahmed Ismail, an official within E-finance, stated that a number of large-scale high consumption agencies such as iron and steel plants located in Helwan had already been granted smart cards, saying that the number of clients accounted for in the programme  is to increase soon.

He said the programme’s administration was concerned with obtaining all the necessary statistics regarding fuel consumption rates and the limited number of petroleum stations located throughout the country. Such statistics, he said, would need to be reviewed and verified before granting new smart cards to diesel and gasoline users, a process which would lead to the tightening of controls on the market, as well as help cut back on smuggling and address constant shortages in supply seen throughout the country.