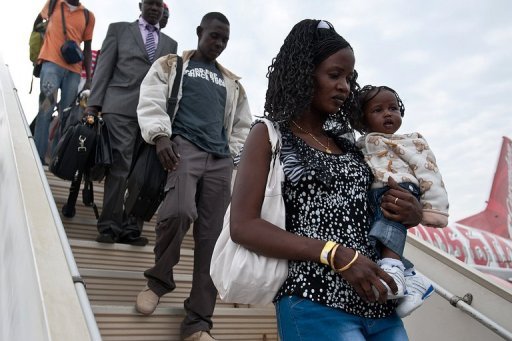 65 illegal aliens were arrested by the armed forces, according to the military spokesman.

A Monday statement said 26 men were arrested in the southern military area of the New Valley (Wadi El Gideed). 25 were of Sudanese nationality, and one was Ethiopian.

39 people of different nationalities were also arrested in the northern military area near Al-Mex checkpoint, the statement said. A picture of the group posted on the armed forces spokesman’s Facebook page included men, women and children.

All 65 have been transferred to the state prosecution, the spokesman said.

State-run Al-Ahram reported that the armed forces also arrested a group of 87 illegal aliens consisting of Syrians, Palestinians and Jordanians on their way to Libya. Al-Ahram said they were arrested on Monday south of Al-Salloum and have been handed over to the Port Authority.