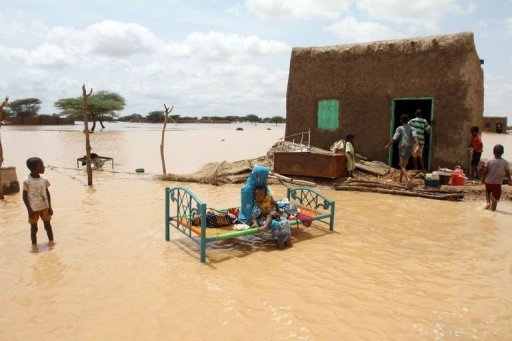 Egypt has offered all of its resources to Sudan to help battle devastating floods that have claimed the lives of at least 47 people and affected nearly 150,000.

Minister of Water Resources and Irrigation Mohammed Abdul Muttalib issued directives on Monday to Egypt’s Irrigation Unit in Sudan to make all of its “technical and logistical” resources available to the local authorities to help combat the rising waters.

“We have offered all of our resources to them [Sudan] and if they ask and we can help, we will provide it,” said ministry spokesperson Khaled Wassif. He confirmed that the resources will be available until the floods have subsided.

Sudanese state radio reported that 36 people died in a region north of Khartoum and the United Nations had said that 11 people died since the beginning of the flooding on 1 August, according to AFP.

Approximately 147,000 people had been affected by the floods reported the United Nations Office for the Coordination of Humanitarian Affairs (OCHA) on Sunday. The press release from the UN agency stated that while it is too early to gain a precise figure for the damage caused by the floods: “initial estimates are that at least 26,000 houses have been damaged or destroyed.”

The worst affected areas are the states of Khartoum and River Nile where 84,000 and 16,000 people have been affected respectively. OCHA said more rain is expected over the next few days which will cause the estimated number of people affected to rise.

The ministry’s statement pointed out that the ministry is keeping a close eye on the situation through the use of “different meteorological measurements on the river and its tributaries in Sudan.”