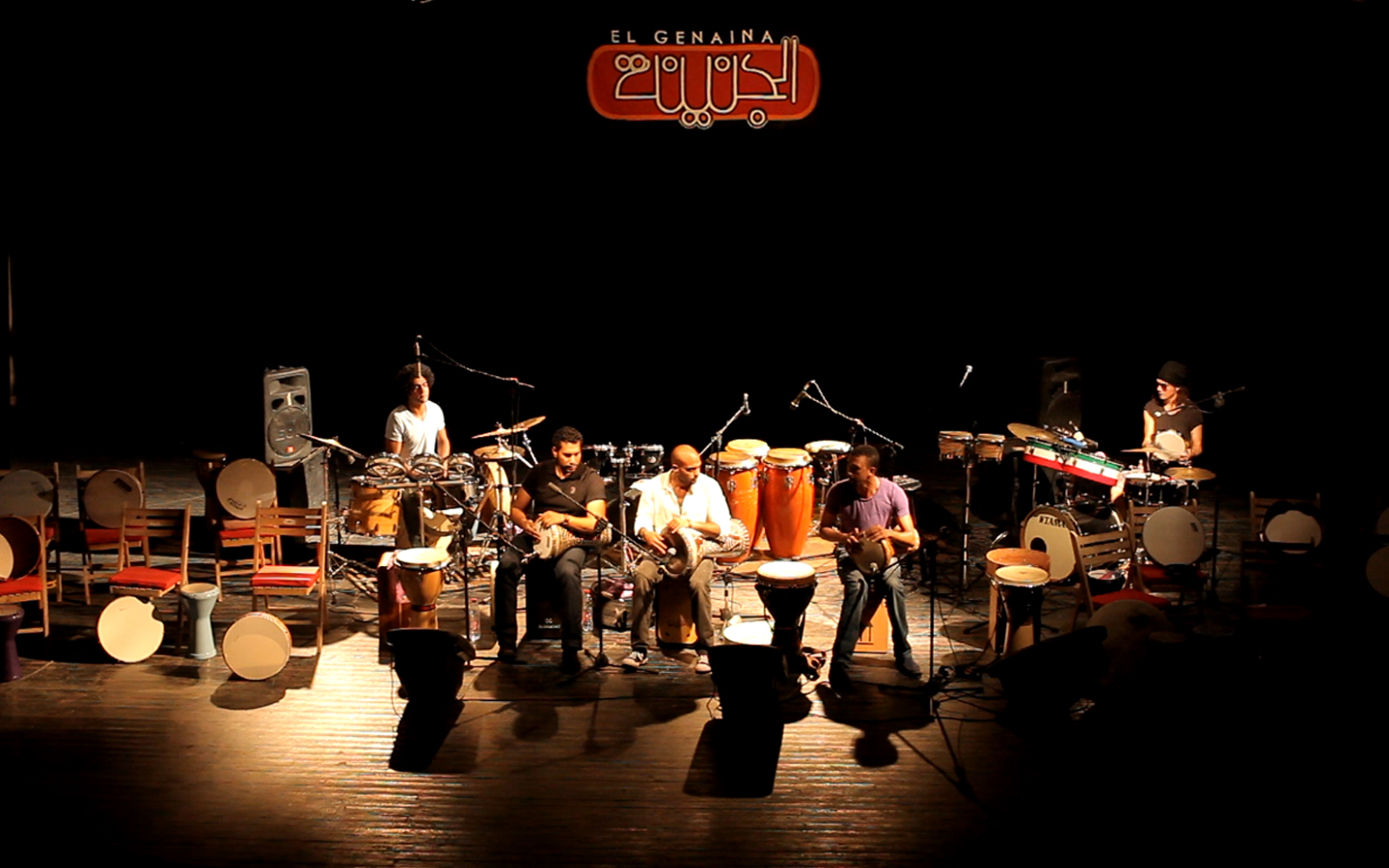 A video that surfaced on Sunday and went viral shows two shirtless Egyptian teenagers standing on Qasr El-Nile bridge, moving their arms and bodies wildly in what appeared to be a dance. Even though it looked like they were making senseless manoeuvres, their moves were actually in sync with neo-Egyptian shaabi music. Although this performance appears unusual and even incomprehensible to an older crowd, this new dance trend is actually huge with the younger generation of Egyptians.

In the mid 2000s, French teenagers created their own dance-style to accommodate electronic music, calling it informally tecktonik. The French creation evolved into a craze with teenagers around the world, including Egyptians teens. Add to this that the local shaabi music was transformed to accommodate the electronica craze. The result was a new dance craze and one of the first online videos to appear with this dance was in 2009.

Historically, dancing to local Egyptian music involved weapons such as sticks or knives while presenting some sort of message or story. By the 1990s dances to local music were less prescriptive, while easy access to internet allowed teenagers to transform the local shaabi dance tradition into a new variety of the French tecktonik.

The Egyptian version of tecktonic has many names such as al-tet, tashkeel, raas mahraganat or tekno-shaabi, and it is generally more aggressive than French tecktonik, with many underlining themes and symbols. While the dance does not require a group to be around it usually occurs with two individuals facing each other in show down. The moves entail some sort of attack and defence between the dancers with lots of ducking as well as jumping involved.  Progressively though some individuals dancing to tekno-shaabi actually use weapons which is worrying to some outside observers.

Individuals who attended the 30 June protests noticed this dance trend in Etihadeya and Tahrir where teenagers celebrated. Different groups of teenagers stood around with music blasting, showing off new dance moves to each other.

A new genre of music has also developed alongside the dancing, the heavily commercialised tekno-shaabi. Artists such as Oka and Ortega as well as DJ Figo have popularised the genre. The music gained ground due to these artists representing densely populated working class areas with constant mentions to their place of origin while insulting rival neighbourhoods.

Egyptian media accommodate this trend with many Egyptian movies trying to appeal to the younger generation by having many films including forms of this dance or having a tekno-shaabi theme. The media attention illustrates how the trend has blown up across Egypt.

Undoubtedly, this new tradition represents the development of a new identity for Egyptian teenagers with its progression amplifying the effect of globalisation on the younger generations. Most worldwide trends find a blind following, however Egyptian teenagers made sure to add their touch by preserving an important part of their culture.