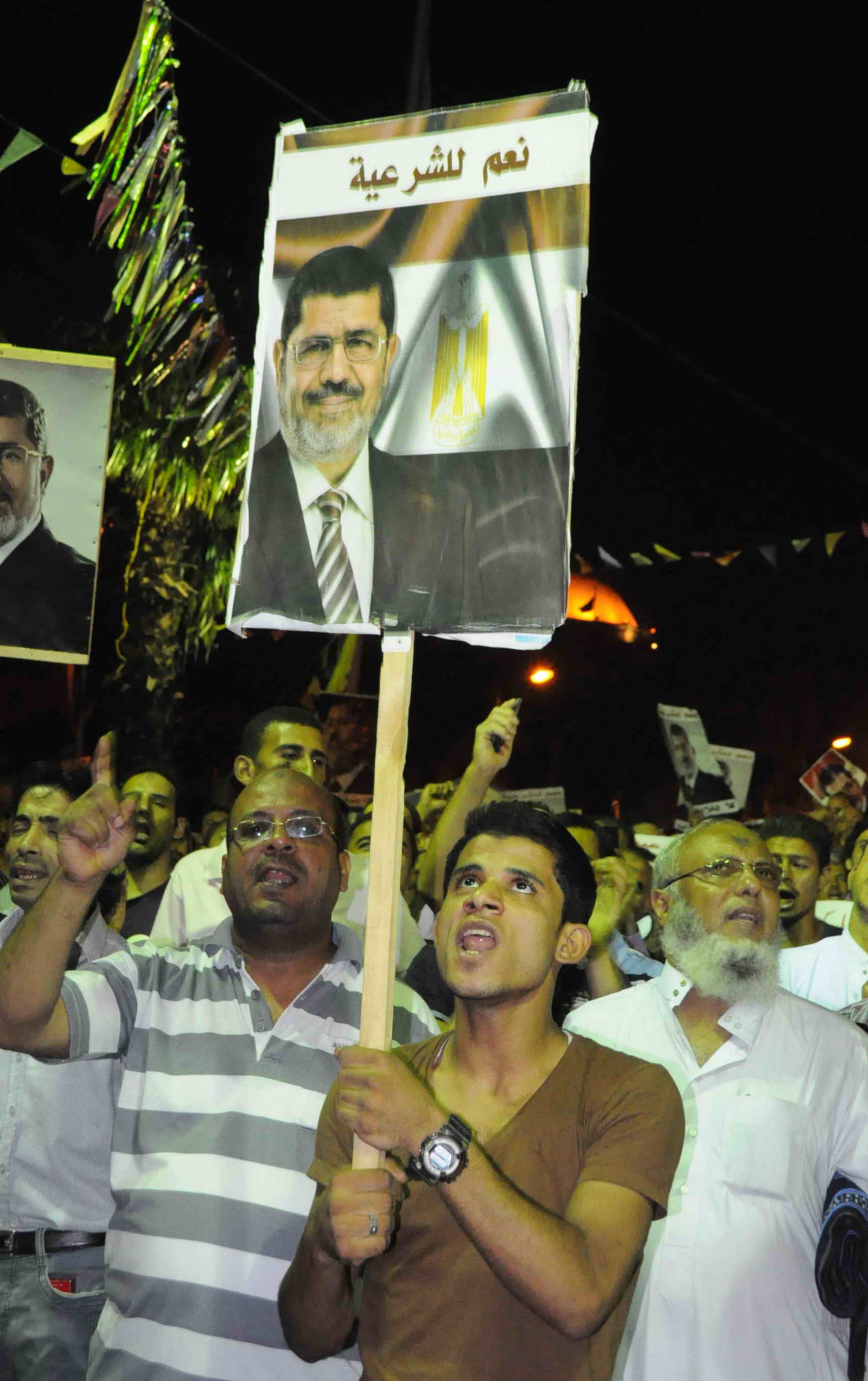 Two journalists were detained and beaten by pro-Morsi demonstrators while covering a march heading to Al-Nahda Square on Friday, Reporters Without Borders (RWB) reported in a statement released on Monday.

Demonstrators detained Mohamed Momtaz, a journalist for the newspaper Veto, for three hours in a tent in the square where they forced him to undress, “interrogated him and accused him of spying” after they beat him and took his camera, RWB said. Momtaz had to go to a hospital after he was released, RWB added.

Aya Hassan, a veiled journalist for the newspaper Youm 7, was attacked while photographing Momtaz being assaulted, RWB said. Hassan’s camera was taken away and she was also interrogated, searched and beaten in a tent while blindfolded, RWB said. A video testimony by Hassan said she was dragged by her hair on the ground and kicked in her face until her nose bled.

Hassan was also forced to say that she belonged to a certain political group as well as provide “names of people she knew in the interior ministry, the armed forces and in the opposition to Morsi,” despite her attempts to tell her captors that she is a journalist, RWB said. Hassan said in the video that she was detained for more than four hours, RWB reported.

RWB denounced the attack on the journalists calling it “intolerable.” RWB demanded the protection of media personnel and called on authorities to “deploy whatever resources are necessary to ensure that these abuses do not go unpunished.”

“Morsi supporters have repeatedly prevented Egyptian journalists from covering their demonstrations and have deliberately targeted them if they work for media that are not ideologically sympathetic to the Muslim Brotherhood,” the statement read.

Media personnel belonging to outlets that support the Brotherhood have also suffered from arbitrary arrests and raids, such as Al-Jazeera journalists and Muslim Brotherhood affiliated media outlets, RWB said.

Many journalists have been attacked over the past few weeks. Al-Shorouk newspaper reporter Nada El-Kholy and Al-Masry Al-Youm newspaper reporter Menna Alaa were attacked covering pro-Morsi protests on 20 July and 19 July respectively. Al-Jazeera cameraman Mohamed Badr was arrested on 15 July while covering clashes. The Daily News Egypt photographer Halim El-Shaarani was assaulted and detained by police during the clashes near Rabaa Al-Adaweya on 27 July.

A freelance photographer at the Daily News Egypt and Al-Borsa newspaper who chose to remain anonymous was assaulted by plain-clothed men standing next to policemen during the same clashes on 27 July as well.

Al-Masry Al-Youm photographer Mohamed Tarek had the contents of his camera’s memory card deleted after being forced to leave the Rabaa Al-Adaweya sit-in by demonstrators earlier in August, RWB reported.