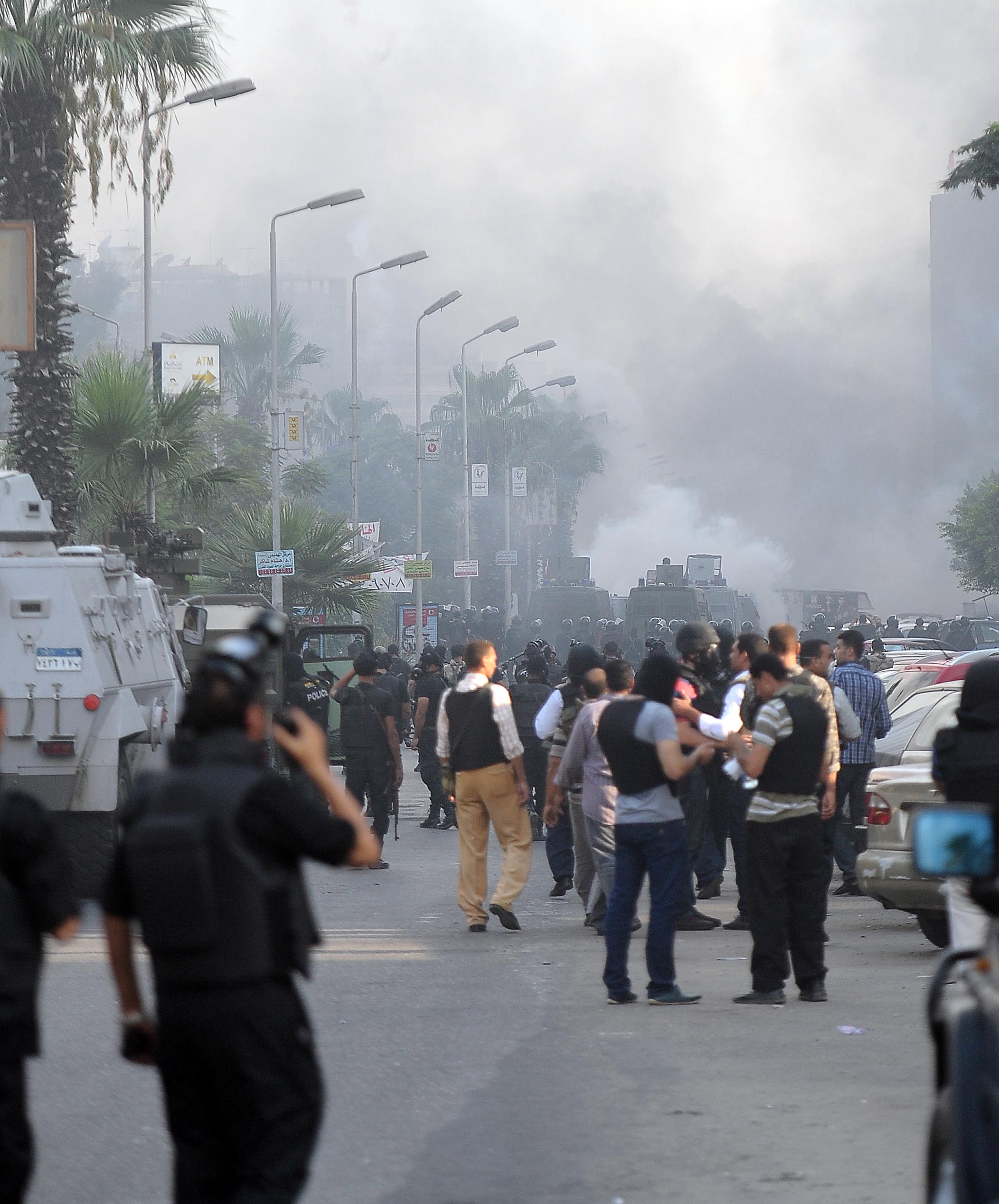 Security forces closed off most entrances to Rabaa Adaweya, leaving only one to allow the arriving protesters and marches to enter from.

There was continuous gunfire around Rabaa, particularly around Nasr Street. Witnesses said security forces killed several protesters with live ammunition. Several people had blood stained shirts and there were many bloodstains on the ground.

Several marches gathered after the attempt by security forces at dawn to forcibly disperse the sit-ins.