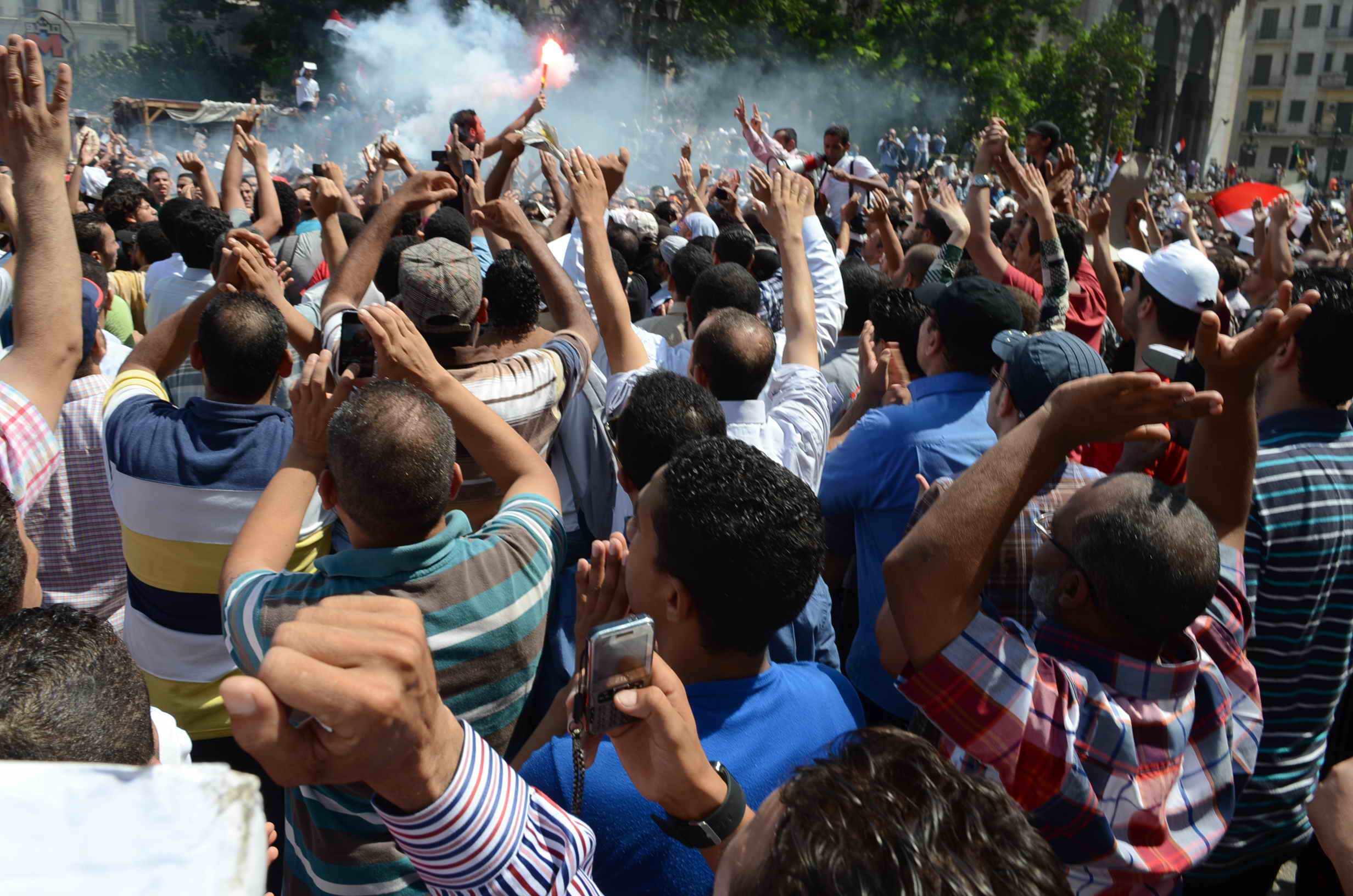 Pro-Morsi marches in Cairo were all headed to Ramses Square.

Violence expanded on top of the 15 May Bridge, reaching all the way to Mohandessin at Sphinx square, said Yousra Ramadan, a resident of the area and eyewitness. A large pro-Morsi march stopped at the square, amid clashes on the 15 May exit to the square.

Clashes were between parties dressed in civilian clothes pelting each other with rocks, Ramadan said. She added that gunshots were heard in the vicinity, but was unable to identify the source.

In Ismailia, at least four people were killed in violence which followed Friday prayers.

Amr Al-Warwari, a reporter based in Ismailia, said pro-Morsi protesters were preparing to march from the mosque when armed forces personnel showered the area with warning shots in the air.

“Eyewitness accounts confirmed the presence of at least seven masked men armed with automatic weapons who responded to the armed forces’ shooting,” Al-Warwari said. He added that the men’s accent suggested they were Bedouins.

The army then shot at the protesters, Al-Warwari said, killing four protesters and injuring at least 25. The Anti-Coup Alliance nevertheless reported eight protesters killed in the attack.

In Tanta, clashes broke out between Morsi supporters and security forces as the latter blocked all roads leading to the Gharbeya Governorate Building.

“The police and the thugs attacked the protesters with rocks and birdshot,” Molda said, adding that security forces excessively fired automatic gunshots in the air as well as teargas canisters. “Morsi supporters also responded with firing shots in the air. They also used fireworks and rocks in attacking the former.”

Molda reported injuries on both sides. Pro-Morsi protesters soon retreated to a side street where they took shelter inside a mosque, Molda said.

In Alexandria, residents of El-Hadra district were congregated to stop a pro-Morsi march that began from Al-Qaed Ibrahim Mosque to the Security Directorate in the Semouha District, according to state-run Al-Ahram.

Gunfire and birdshots were heard during clashes between El-Hadra residents and protesters, reported Al-Ahram.

The Muslim Brotherhood claimed five pro-Morsi protesters were killed in the city of Al-Arish after security forces allegedly opened fire on a march supporting Morsi.

The National Coalition to Support Legitimacy called for a “million-man march of rage” to denounce what it described as the “violent campaign” security forces launched against protesters , and called for the reinstatement of Morsi.