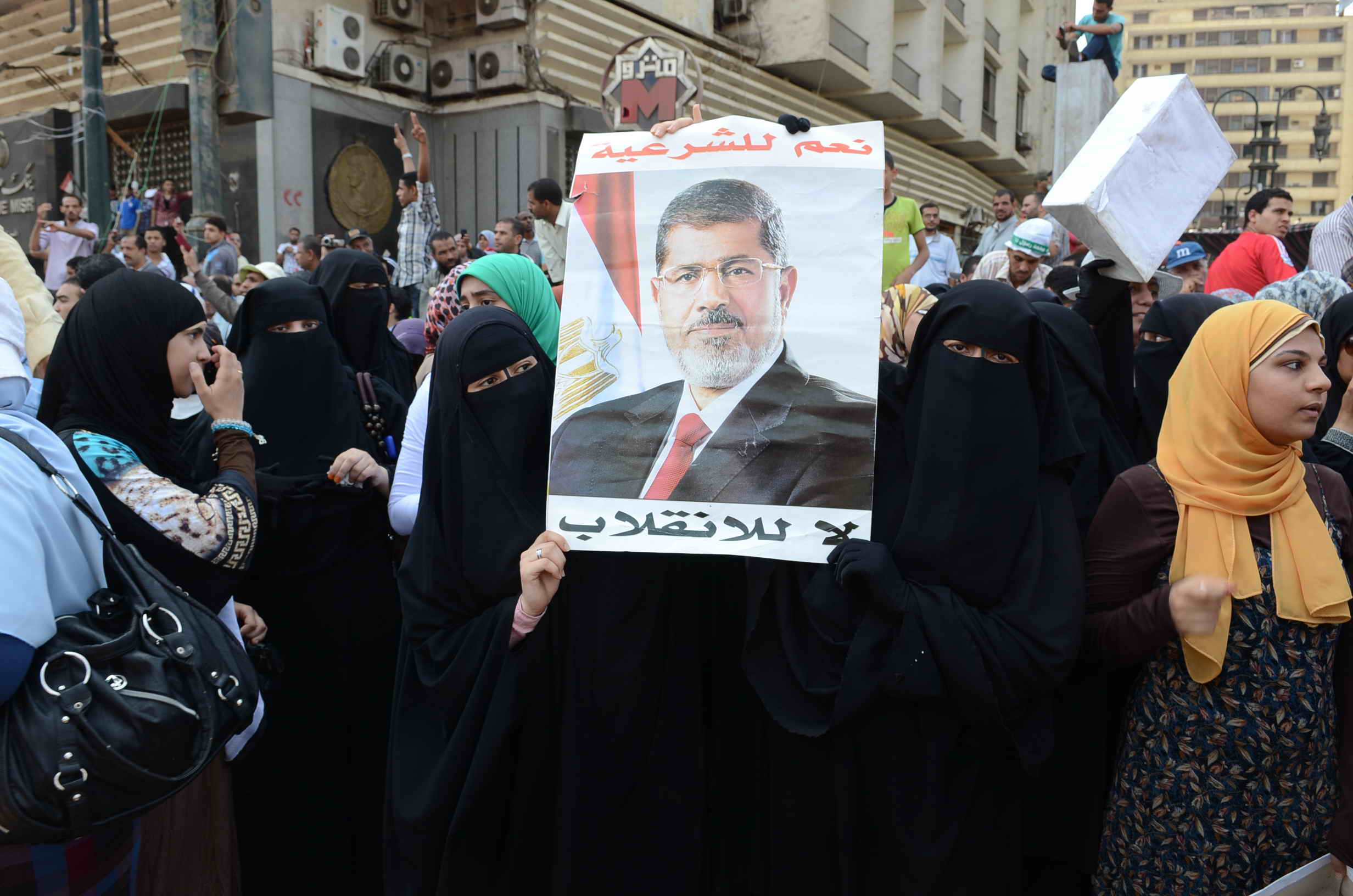 Muslim Brotherhood supporters took to the streets today, Friday, in answer to the calls by the national Coalition to support Legitimacy to demonstrate against the dispersal of Morsi supporters last Wednesday.

The protesters headed to Al-Fatah mosque on Ramsis street, chanting against the “coup” and the Minister of defense Abdel Fatah Al-Sisi.

Some held photos of deposed President Mohamed Morsi and copies of the Quran.