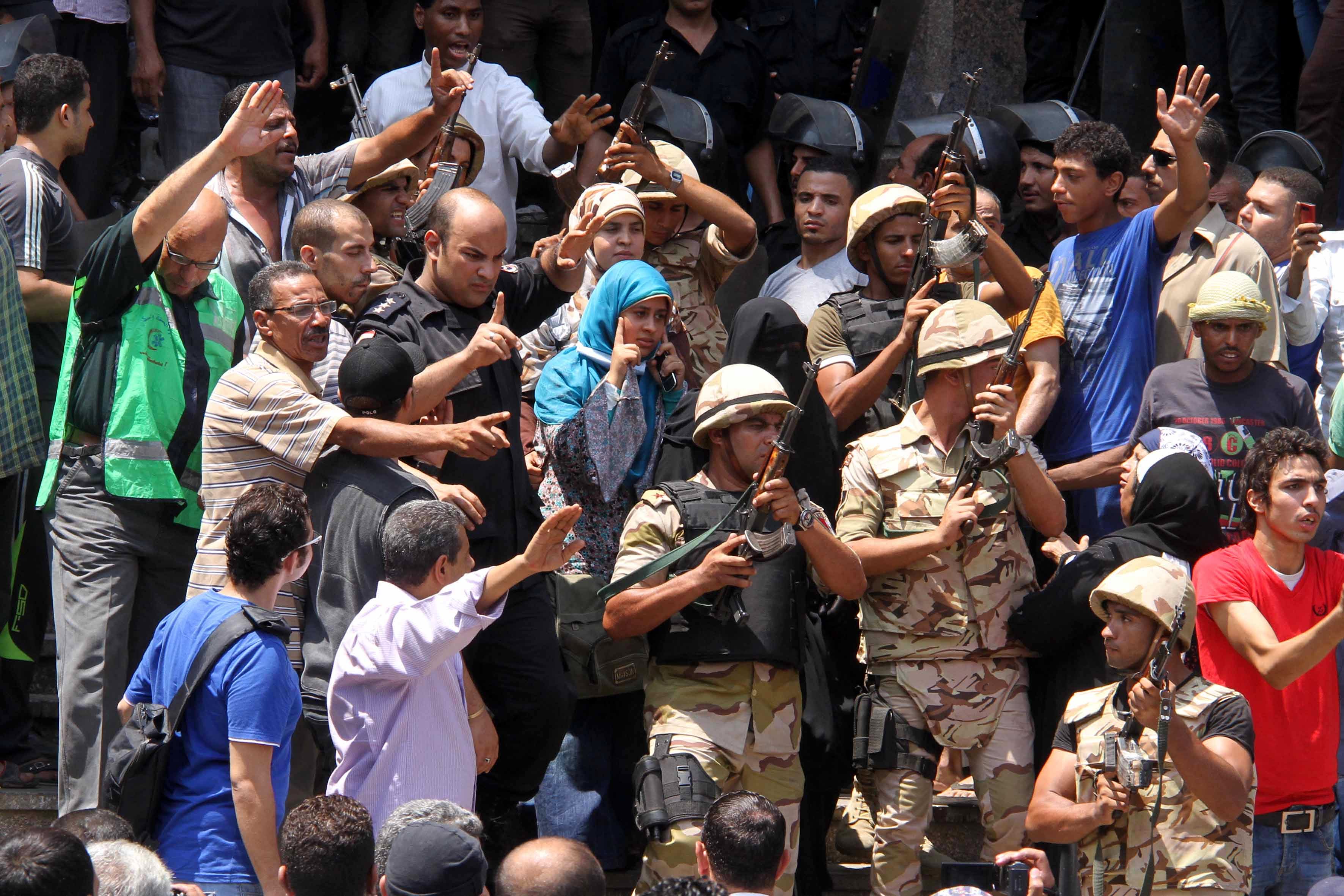 The armed forces denied what it described as “lies and invalid claims” made by the Muslim Brotherhood and Al-Jazeera news channel, regarding the latest happenings in Al-Fatah Mosque.

Supporters of ousted president Mohamed Morsi have been taking refuge inside Al-Fatah Mosque near Ramses Square since Friday.

In an official statement released on the Facebook page of armed forces spokesman Colonel Ahmed Ali, the armed forces stated its main mission within the vicinity of the mosque is to offer safe exits for those present inside since Friday.

The armed forces accused what they described as “armed violent groups” of heavily firing live gunshots at army forces and police forces present within the vicinity of the mosque. Ali stated the shots were fired from inside the mosque and from the top of its minarets, adding that police forces are currently “dealing with the situation.”

The armed forces called on all citizens not to take into consideration news coverage from “certain media outlets,” which they accused of “purposefully forging and altering truths to achieve suspicious political gains.”

The National Coalition to Support Legitimacy called for a “million-man march of rage” on Friday to denounce what it described as the “violent campaign” security forces launched against protesters, and called for Morsi’s reinstatement. All marches launched in Cairo were headed towards Ramses Square.