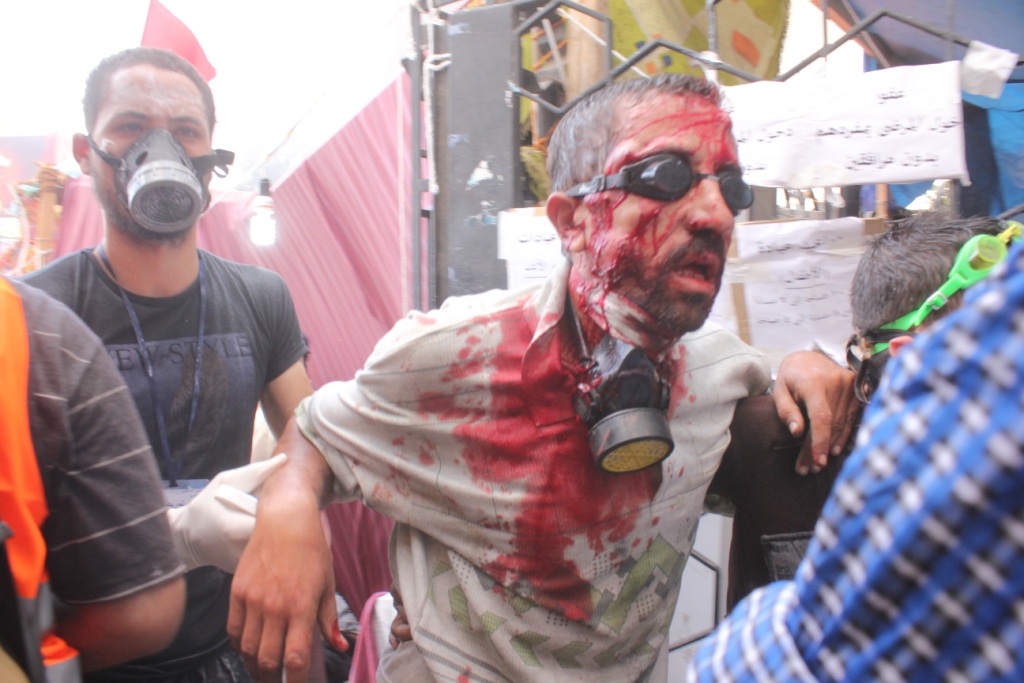 Amnesty International called for a full and impartial investigation into the attack by security forces on protesters in the Rabaa Al-Adaweya and Al-Nahda sit-ins, which left over 600 dead and nearly 4,000 injured.

It called for UN experts to be granted access to the country to conduct a full investigation into the circumstances of the violence and level of lethal force used by security forces. It reasoned that Egyptian authorities have a “poor track record” of holding members of the security forces accountable for violations, and questioned the ability of the prosecutor general to conduct independent investigations.

The organisation acknowledged that protesters used violence in response to the attack on the sit-in. However, Amnesty International went on to criticise authorities for countering these attacks in a disproportionate manner that it says did not differentiate between peaceful and violent protesters.

“Security forces resorted to lethal force when it was not strictly necessary to protect lives or prevent serious injury – this is a clear violation of international law and standards,” Philip Luther, Middle East and North Africa Programme Director at Amnesty International, said.

The press statement comes after an Amnesty International team of researchers conducted fieldwork, visiting numerous hospitals, the Zeinhom morgue and Iman Mosque that was temporary housing the dead. The press statement included testimonies from eyewitnesses who recounted their experiences of Wednesday’s clashes.

Alkarama, a Swiss-based organization, released a press statement on Friday calling for the prosecution of those in the security forces responsible for “the systematic use of excessive force” before the International Criminal Court. It requested the High Commission for Human Rights to initiate the process for the prosecution through the United Nations Security Council, which has the power to refer a situation to the prosecutor of the court.

The organization argued that authorities have committed a crime against humanity by murdering and practicing persecution against an identifiable group on the basis of political ideology.

It said these violations have been practiced to a widespread and systematic degree against its victims, which it says would make them fall under the category of crimes against humanity.

On Thursday, six local non-governmental organizations released a statement condemning the excessive use of violence practiced by security forces during the dispersal. They called for an independent investigation into the event, which they described as “a humanitarian tragedy,” and for the trial of those complicit in the killing of citizens since the ouster of former president Morsi.