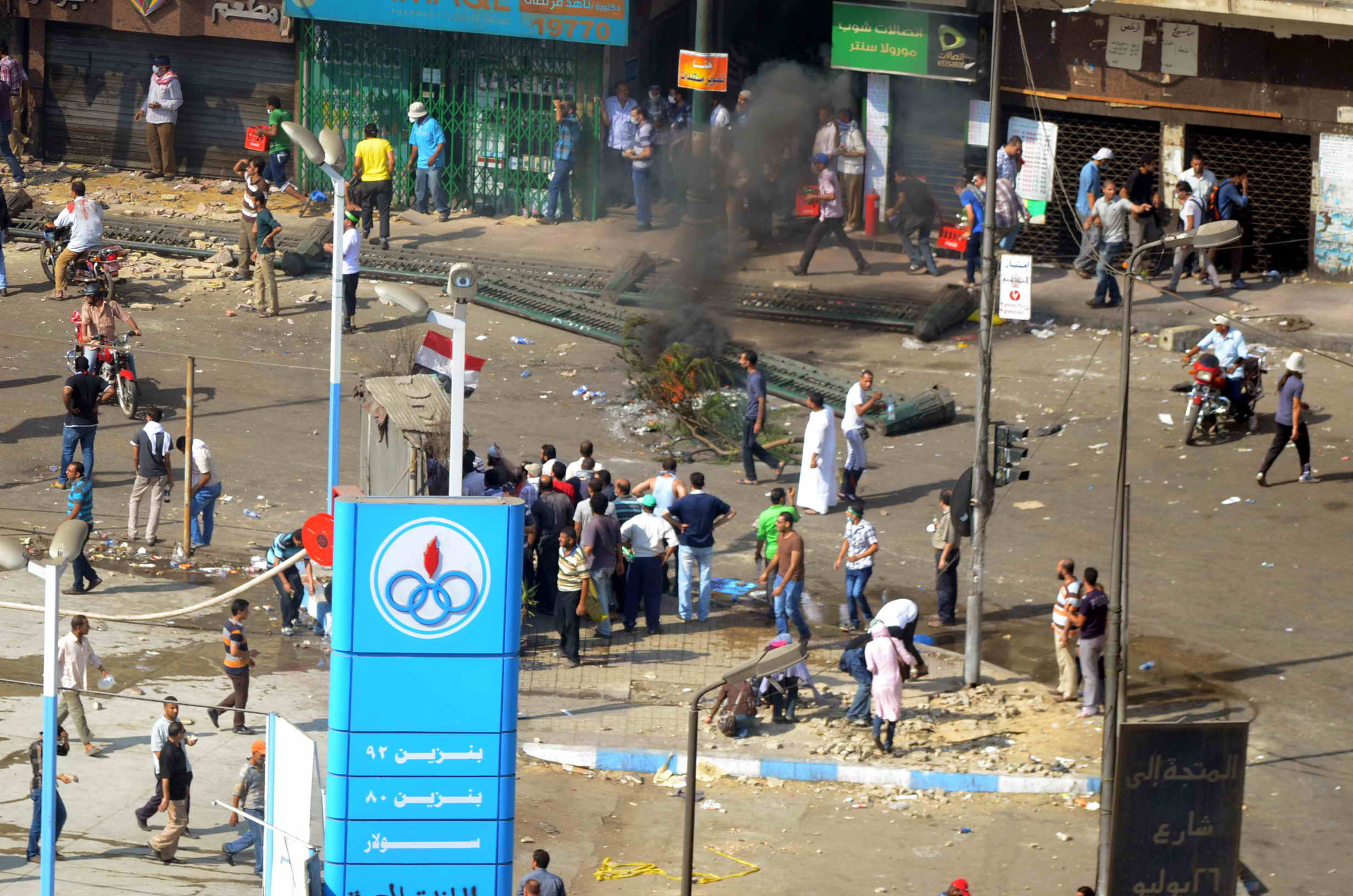 Interim prime minister Hazem El-Beblawi said on Saturday the government needs to get the country onto a democratic path and that sit-ins were a threat to security.

El-Bebelawi stressed the importance of reconciliation, but said there would be no reconciliation with those “whose hands were stained with blood or with those who pointed their guns at government institutions.”

El-Beblawi said the government made the decision to disperse the sit-ins after negotiations with former president Mohamed Morsi’s supporters failed.

Cabinet spokesperson Sherif Shawqi echoed El-Beblawi’s statement in a press conference on Saturday, adding that the decision to disperse the sit-ins was taken after consultation with security forces.

Shawqi said the cabinet was hoping that Muslim Brotherhood leaders would put an end to the violence, but that they instead incited their followers to attack churches and government institutions following the dispersal.

He added that police showed restraint when dispersing the sit-ins, saying they only used water and tear gas.

He stressed that the government will not be lenient in “protecting Egypt from terrorism and violence”, claiming that 80% of those who died in recent events were killed by “armed Brotherhood elements”.

The Anti-Coup Alliance released a statement on Saturday thanking all those who participated in marches around the country on Friday, in defiance of the dispersal of the sit-ins supporting Morsi on Wednesday.

The statement read: “The alliance further reiterates its demands to a full return to constitutional legitimacy,” adding that they will keep peacefully demonstrating and that they reject any attacks on places of worship or of public property.

The Coptic Orthodox Church in Egypt released a statement on Friday announcing its full support for police and military forces in “standing in the face of armed and terrorist groups.”

The church said in the statement that it appreciates other countries’ support for Egyptian authorities.

In the statement, the church condemned the errors of foreign media, adding that they should be more accurate and objective in covering the events and “not provide an international or political cover for the bloody and terrorist groups trying to destroy [Egypt].”

The church extended its condolences to all the families of those who died, adding that the church will not accept sectarian strife.

The statement concluded that the church opposes any international intervention in domestic affairs.

European Union High Representative Catherine Ashton said in a statement on Friday that the responsibility of the rising violence lies on the interim government and the political leadership in Egypt.

Her statement read: “I have been in constant touch with European Union Foreign Ministers, and I have asked member state representatives to debate and coordinate appropriate measures to be taken by the European Union in response to the situation in Egypt.”

Ashton called on all sides to end violence and that police forces should exercise more restraint, adding that political groups should convey their opinions peacefully.

She added that all political forces “should keep the possibility open for a political process that will lead Egypt back on the path to democracy and heal the wounds inflicted on the Egyptian society.”

The Foreign Ministry announced in a statement on Friday that Egypt has cancelled a joint naval military exercise with Turkey, which was supposed to take place in October, in opposition of the “unacceptable” statements made by Turkish officials, describing it as “an obvious intervention in Egyptian internal affairs and standing against the will of the Egyptian people.”

However Turkish Foreign Ministry Spokesperson Levent Gumrukcu announced in a statement on Friday that the decision to cancel the exercise was made by Turkish authorities, not by Egyptian authorities, according to the Turkish Anadolu Agency.

The Turkish Prime Minister Recep Tayyip Erdogan made statements on Thursday critical of the Egyptian government, accusing it of using violence against peaceful protesters.