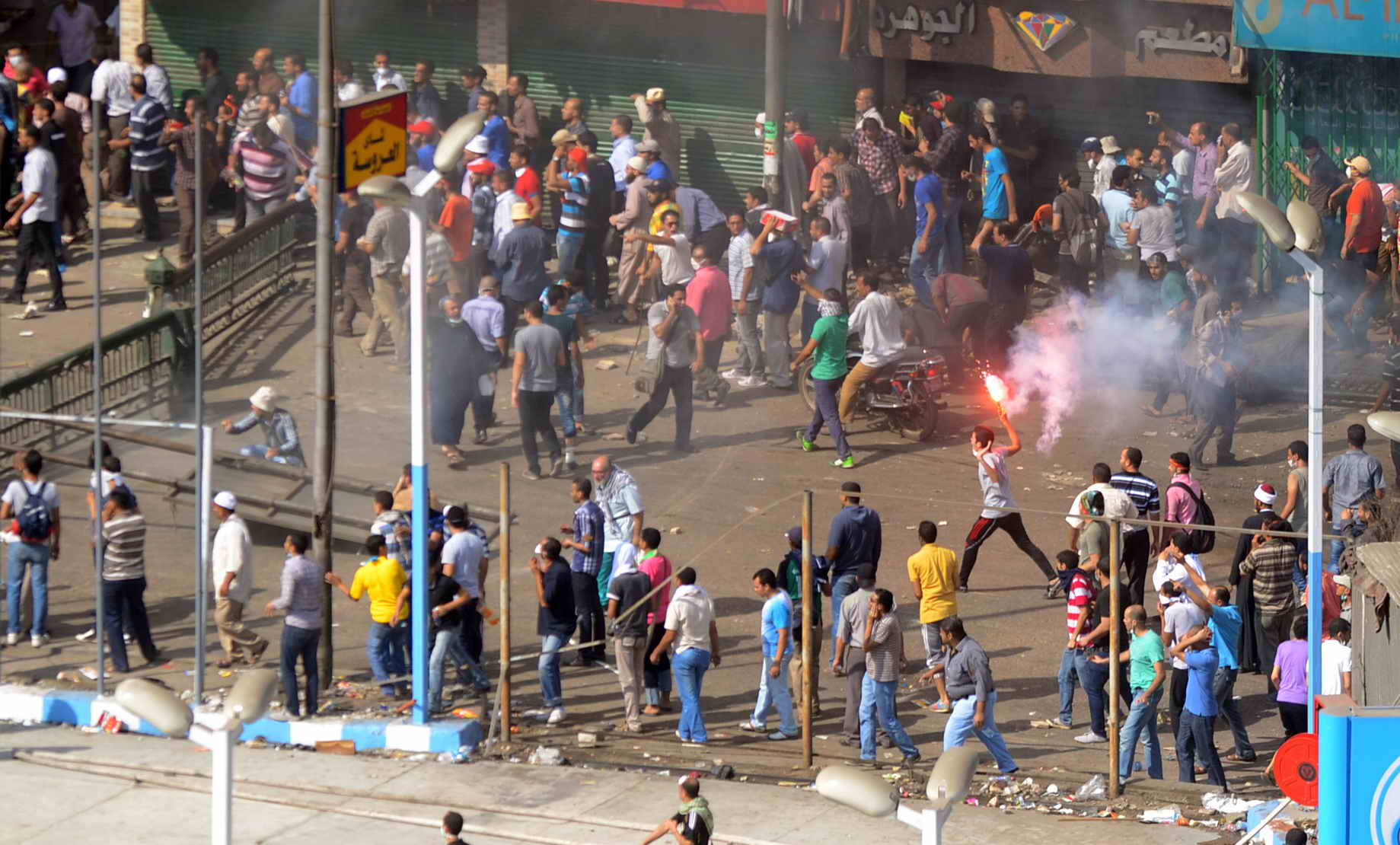 A total of 1,004 demonstrators were arrested following clashes which enveloped Cairo and the surrounding governorates on Friday, according to a statement by the Ministry of the Interior.

One police officer was killed and four were injured, including a colonel, according to the statement.

The Ministry of the Interior accused the Muslim Brotherhood of “pushing the country into a cycle of violence,” blaming them for “terrorising citizens” and for “armed assaults on public and police buildings.”

A total of 500 people were arrested in the Cairo governorate alone. According to the statement, among these were  a Pakistani national, a Palestinian, and four Syrians who were arrested in possession of a number of automatic weapons, over 400 rounds of ammunition and, home-made explosives and 50 molotov cocktails.

Some 35 people were arrested in the vicinity of the 15th May Bridge on firearms charges, and a car containing “three veiled women and two men” was stopped on Sikka Al-Waily Street in Hada’iq Al-Qubba, whereby officers discovered “an Israeli-made machine gun and 150 rounds of 9mm and 28 shotgun shells.”

Another man was detained, accused of throwing a firearm into the river following the bridge clashes.

A total of 58 people were arrested in the Giza governorate, some in possession of automatic rifles, sub-machine guns and pistols in addition to over 350 rounds of ammunition, the ministry said.

In Alexandria, 12 people died and 65 were injured following clashes between residents and Brotherhood supporters. 55 people were arrested in Alexandria, some of those were detained for possession of weapons.

In Shubra, 11 people were arrested while attempting to reach Ramses Square, the statement continued.

Over 100 people were arrested in Kafr Al-Shiekh following “skirmishes” which reportedly claimed the lives of two people, injuring 52.

In Matrouh, two people were arrested following the discovery of a “large amount of TNT high explosive” in a vehicle. According to a statement by the armed forces, the men were attempting to blow up a building.

Over 120 were also arrested in the Daqahleya governorate, some of those in possession of pistols and “bladed weapons”.

A statement released by the armed forces also detailed the arrest of “numbers of terrorists,” who were detained after “carrying out acts of terrorism and sabotage” of public facilities in a number of governorates, including Qena, Suez and Beheira.