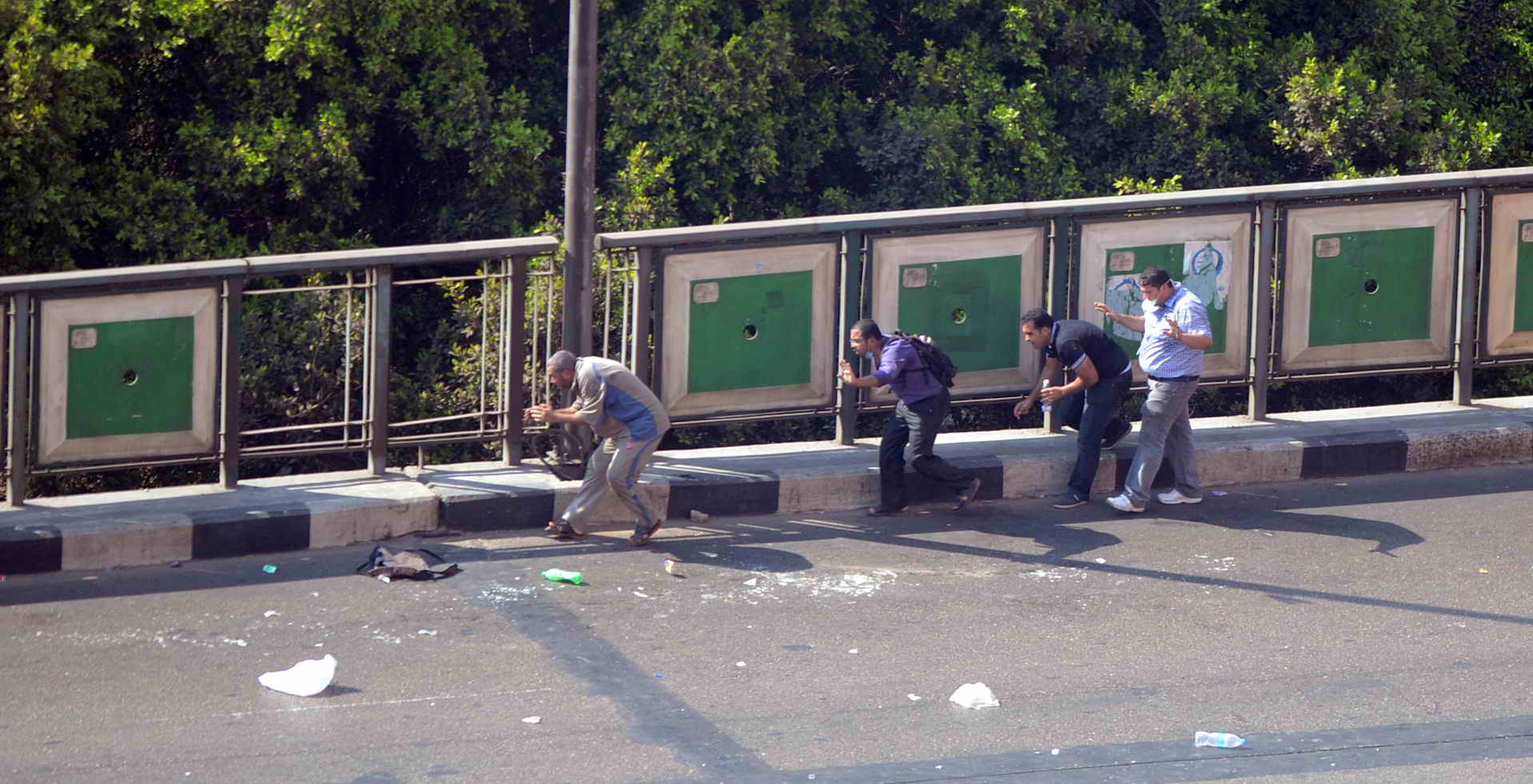 The death toll of clashes which followed the forcible dispersal of two sit-ins in support of ousted president Mohamed Morsi on Wednesday reached at least 1295, according to the Egyptian Centre for Economic and Social Rights (ECESR).

The latest count from the health ministry, announced on Friday, put the death toll at 638. The ministry was unavailable to provide an updated death toll on Sunday.

The ECESR published a spreadsheet detailing the data of the 1295 it claimed were killed nationwide on Wednesday, Thursday and Friday.

According to the ECESR, 1063 people were killed on Wednesday, including 983 civilians, 52 security personnel and 28 bodies found under the platform of the pro-Morsi Rabaa Al-Adaweya sit-in in Cairo.

600 were killed during the forcible dispersal of the Rabaa sit-in, including 588 civilians, seven security personnel and five journalists. 87 were killed during the Al-Nahda sit-in’s forcible dispersal, including one security personnel. The Al-Nahda protesters then moved to Mustafa Mahmoud Square in Mohandessin where, in an attempt to form a new sit-in, they clashed with security forces leaving 39 civilians killed.

The organisation also provided a nationwide death toll for those killed in clashes that day. It included; 24 in Alexandria, six in Sharqeya and Damietta each, eight in Beheira, two in Kafr Al-Sheikh, 18 in Ismailia, 13 in Suez, 45 in Fayoum, 21 in Beni Sueif, 68 in Minya, four in Assiut, 16 in Sohag, two in Qena, four in Aswan, three in North Sinai, one in the Red Sea, Luxor and Marsa Matrouh each.

ECESR stated that the death toll which resulted from Friday’s nationwide clashes was 215. The death toll included 208 civilians and seven security personnel.

The organisation claimed it counted at least 104 bodies kept at Al-Fatah mosque from Ramses clashes between pro-Morsi protesters and security forces. Five others were killed during clashes on 15 May Bridge, one civilian in an attempt to break into 6 October police station and one security personnel in an armed attack on the New Cairo security checkpoint.

In governorates, ECESR reported 21 deaths in Alexandria, two in Daqahleya and Kafr Al-Sheikh each, eight in Gharbeya and Damietta each, six in Port Said and Minya each, seven in Ismailia, 21 in Suez, nine in Fayoum, three in Sohag, and 11 in North Sinai.

The spreadsheet was also circulated by the Association for Freedom of Thought and Expression and by Wiki Thawra, a website dedicated to documenting the Egyptian revolution.

Sporadic clashes have taken over the streets since the forcible dispersal of the pro-Morsi sit-ins on Wednesday. Supporters of the ousted president mostly clashed with security forces either while attempting to create new sit-ins or in allegedly attempting to break into governmental and security buildings.