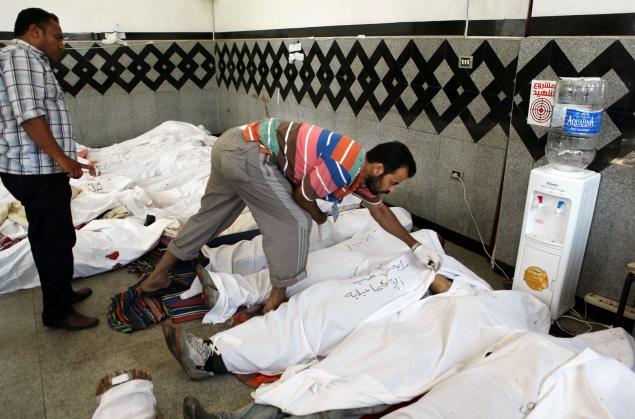 In the three days since the dispersal of pro-Morsi sit-ins in Rabaa Al-Adaweya Mosque and Al-Nahda Square and resulting waves of street violence, many multinational companies have announced the suspension of their Egyptian operations.

Various local sectors such as banking, tourism and transportation were also affected. Banks, as well as the stock market closed early on Wednesday, August 14, and were shut the following day.

The Daily News Egypt spoke to a number of Egyptian economists to explore how the economy will be affected by the recent political turmoil and resulting violence.

Alaa Mostafa, financial expert and CFO at  Elsewedy Cable and Electric Solutions Company , said that it would be difficult to evaluate the total volume of losses at the current moment but stated that these shutdowns reflect badly on the economic stability of Egypt; he added that this situation would most affect the short-term stock investor, who trades on a daily basis and experiences direct loses.

“In the long term, this instability results in depreciating the value of shares in the Egyptian stock which means more losses to trading investors,” he added.

Amid the political turmoil, several foreign countries have condemned the violent dispersal of the sit-ins by the Ministry of the Interior; Denmark announced on 15 August the suspension of its Egyptian aid, in response to the “bloodly events.”

AFP reported Christian Friis, the development aid minister statement to Berlingske newspaper saying “Denmark has two projects in direct collaboration with the Egyptian government and public institutions, and they are now going to be suspended.”

Magdy Toulba, an economic expert and chairman of Arabian House of Consultancy for Financial and Economic Investment,  said that the short term economic losses are direct and visible: “Our losses in the past two day bypasses three or four times the amount of aid we receive from the USA.”

“We’ve seen a biased intervention from the European Union and the United States of America,” he added, “This urge to please the western nations is damaging our national identity and economy.”

“The priority now is to focus on our national security in order to reach the desired economic stability,” Toulba said.

Global research company IHS has predicted that the production of multinational automotive corporations General Motors, Toyota and Suzuki will drop 7.7% year on year to 84,097 in 2013.

Mostafa Bassiouny, economist at Signet Institute, said that the political unrest in Egypt will have a prolonged effect on the Egyptian economy as “Several sectors will be affected such as the real estate and tourism, which has already suffered the consequences of the political turmoil during the past two years.”

Bassiouny discussed the economic dilemma which lies in our need for foreign investment, the key for our economy pace to pick up, and the lack of security, the essential criterion for these investments existence.

The transportation sector has not been immune from the current conflict. Al-Borsa newspaper reported a predicted EGP20m loss for the railways;  all train transportation was halted, after the dispersal of the sit-ins, throughout Egyptian governorates, and the newspaper reported EGP 900,000 losses due to the cost of route changes avoiding clash areas as well as its complete suspension during curfew hours.

Minister of Civil Aviation Abdul Aziz Fadel, confirmed on 17 August, however, that the operation of flights was steady and no flights were cancelled at the Cairo International Airport, with a total of 233 departure and arrival flights.

“On average our range is between 100 and 125 flights per day,” said Dina El-Folly, a media representative at EgyptAir.

“The passengers’ no-show rate was less than 8%, which is considered acceptable even in normal circumstances,” she added.

Prior to the Wednesday dispersal interim prime minister Hazem El-Beblawi had tasked the country’s economic ministers with preparing the economic roadmap, to supplement the political roadmap proposed by the army after the ouster of President Mohamed Morsi.

No official statement has yet been issued evaluating the cost of damages and sector losses.