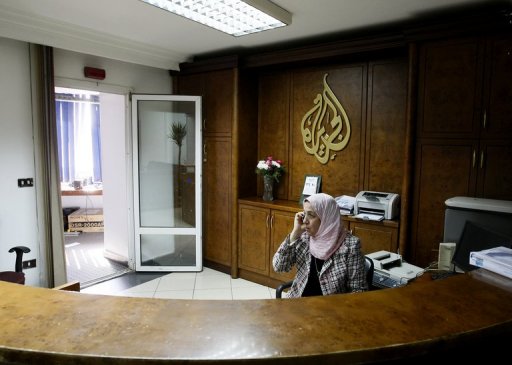 In the meeting held on Sunday evaluating the current situation, the cabinet made a formal request to the Ministries of Investment, Telecommunication and Media and Information to examine the legality of the Al-Jazeera Mubasher Egypt channel operating in the country.

The statement released by the cabinet on Monday said their request was triggered by the resentment that the people have against Al-Jazeera after broadcasts “threatening national security, stability and unity.”

“Al-Jazeera channel is working in Egypt under tacit consent by Egyptian authorities to work, meaning that there is no official paperwork that proves that it was approved to work in Egypt,” said Karim Abdel Rady, a researcher at the Arabic Network for Human Rights (ANHRI).

Abdel Rady said although Al-Jazeera has lost its credibility with most of the Egyptian people, the channel should not be punished for this.

He said authorities should rather punish certain people, if they were found to breach the journalistic code of ethics, adding that the closing down of the channel in Egypt will not solve the problem.

The cabinet decided in the meeting to form the National Council for Human Rights and the Higher Council for Journalism as soon as possible.

Sherif Shawqi, cabinet media advisor, said that it still has not been determined when the National Council for Human Rights will be formed, adding that the cabinet would announce this later.

The cabinet also decided to form an independent committee of popular figures to document and prepare reports about the events in Egypt after 30 June, which is to be managed by the foreign ministry.

The cabinet also extended its condolences to the families of the victims who died in recent events, adding that the cabinet will keep standing up to terrorism while applying the roadmap.

The cabinet also decided to honor the fallen military and police personnel by naming schools, streets and public squares after them.