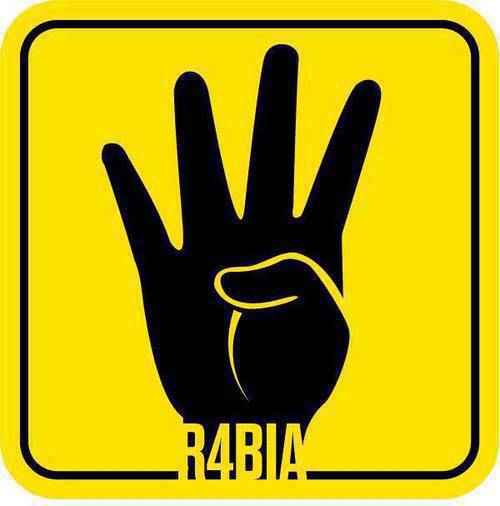 Social media has played a significant role in the turmoil of Egypt in the last few years according to some, while others claim the opposite, saying that the majority of the population has no access to Facebook or Twitter and therefore its impact is small.

Whatever the truth may be, Egyptians are using social media to send updates during marches and clashes and to report live on press conferences and speeches. They tweet to keep each other abreast of arrests, the traffic situation and to inform on new initiatives, political or otherwise.

It is noticeable that internet speed slows down significantly from early evening on, possibly due to everyone being at home from 7pm because of the curfew that is being well observed. Consequently new things that appear on timelines spread like wildfire and a good example are the yellow posters that jaundiced the face of Facebook.

It all started with a square yellow poster with a black pictogram of a hand with the fingers up and the thumb tucked in, representing the number four in Arabic, which is pronounced the same way as Rabaa, the name of one of the former sites of a Brotherhood sit-in.

Supporters of the former sit-in use it as a sign of remembrance and shared the image on their Facebook and within minutes others took to their Photoshop, dug up their sense of humour and alleviated their forced containment by designing and sharing an avalanche of images, from the hilarious to the downright obnoxious and rude. The latter are excluded from this little summary.

This is just a sample of what an evening in Cairo, stuck indoors, can produce.