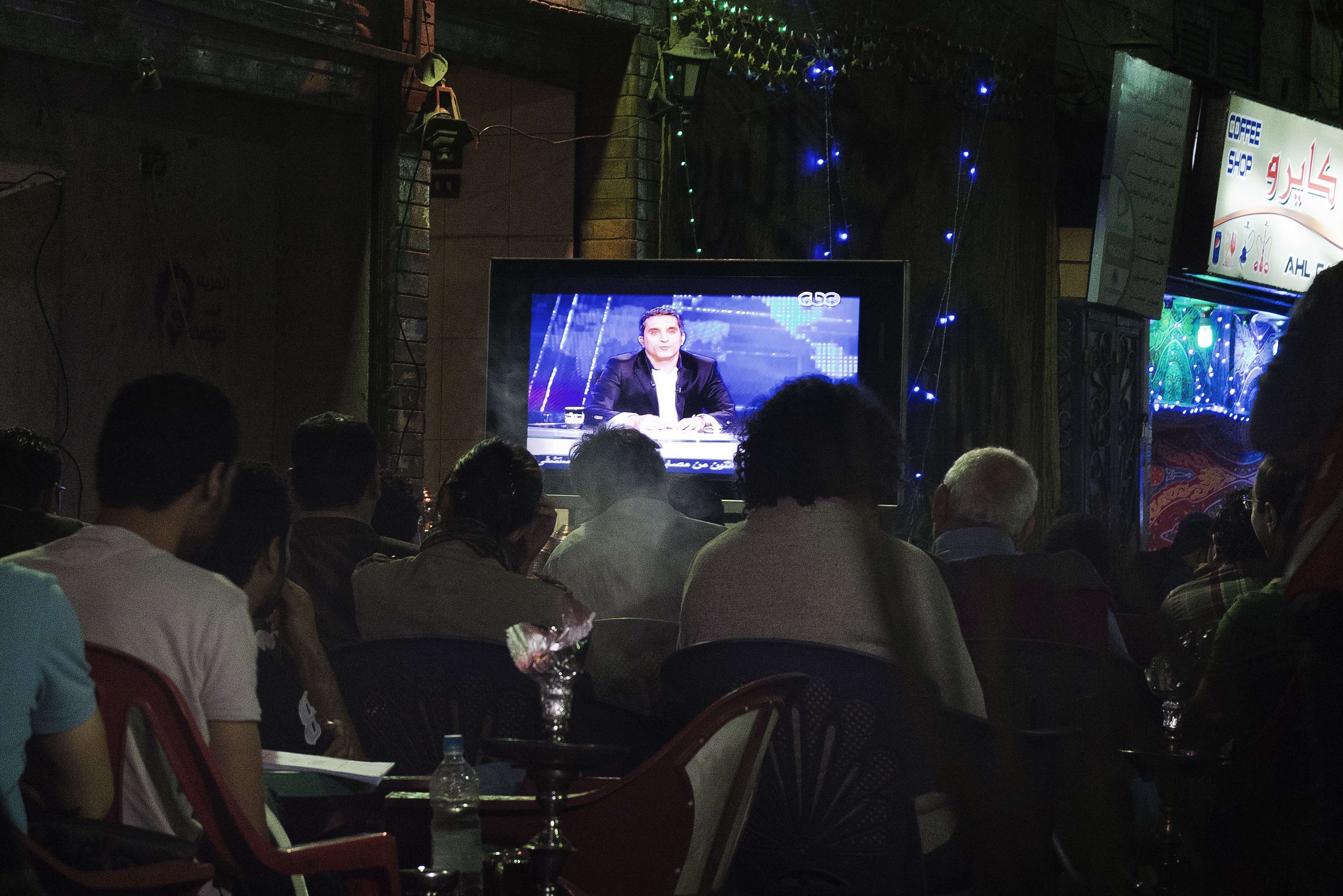 AFP-  Egypt’s media, both public and private, have lined up behind the government in portraying its fight against the Muslim Brotherhood as a “war on terror” and vilifying foreign journalists.

As police and troops chase down members of the Islamist group, from which ousted president Mohamed Morsi hails, the media have fanned the flames against the organisation.

And the foreign media have been accused of taking sides for covering the Islamists as well as the government, earning harsh criticism from the state and local press.

Egyptian media have taken part in a “campaign against the Muslim Brotherhood and other Islamist currents”, political commentator Hisham Kassem told AFP.

“In one year of Morsi’s presidency, more journalists were prosecuted than in the 185 years of the Egyptian press before,” he said.

“Now, the media are exploiting the situation the Brotherhood is in to pay them back.”

They report around the clock on the latest clashes between Morsi supporters and security forces that have claimed nearly 900 lives since Wednesday.

But while they show footage of wounded and killed security forces, they offer no pictures of the hundreds of protesters killed in the violence.

Between broadcasts, patriotic songs play over footage of the armed forces carrying out military exercises and showing kindness to civilians.

A piece entitled “The Black History of the Brotherhood Organisation” purports to show the group’s violent history.

It includes archive footage of Brotherhood members, as well as the attempted murder of president Gamal Abdul Nasser and the assassination of president Anwar Sadat by Islamists.

It ends with clips from recent clashes, showing gunmen purportedly belonging to the group, and buildings set ablaze.

The country’s newspapers have been equally uniform in their criticism of the group and in rallying behind the government and the army chief who installed it, Abdel Fattah al-Sisi.

Government daily Al-Ahram on Monday devoted its entire front page — and nine separate headlines — to a speech by Sisi a day earlier.

A fierce critic of Islamists, he accuses the Western media of swinging between two extremes: hatred for Islam and love of the Brotherhood.

“This is what has created serious anger and suspicion on the part of Egyptians” towards foreign media, he said.

Since Morsi’s July 3 ouster by the military after mass demonstrations, the foreign media have come under attack from the government and the population, particularly in Cairo.

Al-Jazeera has been a particular target, accused of overtly pro-Brotherhood coverage, and facing a government review of the operating licence of one of its local stations.

The channel said a correspondent for Al-Jazeera Arabic, Abdullah al-Shami, had been arrested during the dispersal of a pro-Morsi protest camp on August 14.

Authorities accuse Western journalists of ignoring the victims of violence committed by Morsi’s supporters, such as police and soldiers.

Simply walking in the street with a camera has become increasingly dangerous, said one Western photographer on condition of anonymity.

“I’m afraid to go into the street with my cameras since the government authorised security forces to open fire” on demonstrators targeting government buildings, he said.

“Today, I managed to take a few pictures from the car. I got out for 45 seconds to take some others,” added the photographer, who has been in Egypt for 18 months.

“The government is inciting public hatred against us,” he said, adding that two photographer friends had recently been beaten up by a mob that accused them of being “spies.”

In front of a morgue in Cairo on Monday, a group surrounded two journalists from an international news agency as they tried to interview relatives of the dead.

They shouted “Al-Jazeera!” at the journalists, who worked for a Western news agency, and quickly turned hostile.

“A group surrounded me, trying to rip the camera out of my hands,” one of them said, adding that he escaped with the help of some relatives of those in the morgue.

Three journalists have been killed in Cairo since Wednesday, when security forces cleared two pro-Morsi protest camps, including a cameraman for Britain’s Sky News.