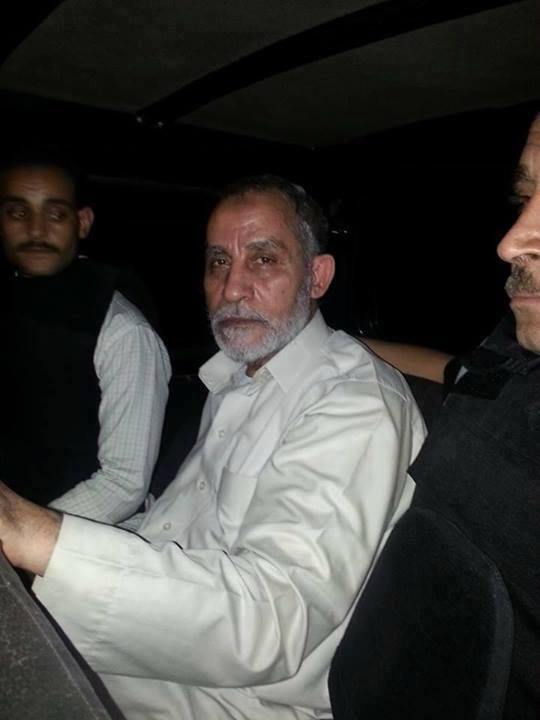 Supreme Guide of the Muslim Brotherhood Mohamed Badie was arrested in an apartment on Tayaran Street, close to Rabaa Al-Adaweya Mosque early Tuesday morning, according to the Ministry of Interior.

A ministry statement said Badie surrendered without resistance. The Supreme Guide is expected to be interrogated related to the death of protesters in front of the Brotherhood’s Supreme Guidance office in Moqattam.

General Hany Abdel Latif, interior ministry spokesman, said Badie was transferred under high security to an unnamed prison, and that those arrested with him are non-prominent leaders of the Brotherhood.

Freedom and Justice party spokesman Tarek Al-Morsi denied reports that Mahmoud Ezzat would be appointed as a new supreme guide, and added that choosing a supreme guide is a democratic process within the Brotherhood.

However, Freedom and Justice party confirmed on their official website that Ezzat  was appointed as temporary Supreme Guide following Badie’s arrest.

Al-Morsi added that news about the arrest of Brotherhood leader Sobhy Saleh has not yet been confirmed, but he expected it from “a state that kills Egyptians with tanks and gunfire.”