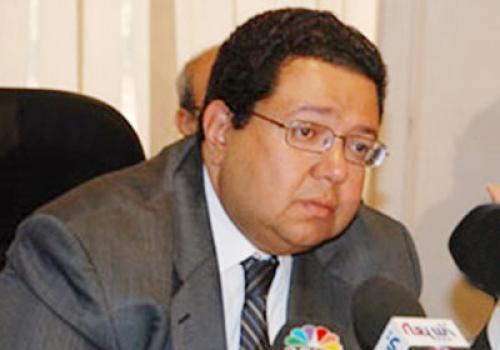 An initiative launched by Deputy Prime Minister Ziad Bahaa El-Din aims to include all peaceful political factions in the post-30June road map, Bahaa El-Din said in a phone call with Hona El-Assema talk-show on CBC channel on Tuesday night.

Bahaa El-Din clarified that the initiative, geared towards completing the army roadmap, does not mean the reintegration of the Muslim Brotherhood in the political process.

“It [the initiative] also aims at notifying public opinion that any upcoming elections will be held according to international standards, by putting laws for NGO’s, freedom of information, and forming councils for human rights, justice and equality and the removal of emergency state as soon as possible” said Bahaa El-Din, stating that “democracy is not about voting ballots only.”

The deputy prime minister said the right to peaceful protest would be universally protected, unless it becomes violent or blocks roads.

Bahaa El-Din said that the initiative is not a personal one, but it belongs to the whole cabinet, to which it will be presented on Wednesday.

The government must also respond to the Human Rights Watch report, which accused the government of using excessive force in the dispersal of the Rabaa Al-Adaweya and Al-Nahda sit-ins, the deputy prime minister added.

Bahaa El-Din said he does not want parliamentary elections to be held on individual basis, hoping that the 50-man-constituent-assembly would find a successful combination between individual and party lists candidacy.

He also said that he hopes that the curfew imposed amid the dispersion of pro-Morsi sit-ins and its aftermath would be removed as soon as possible.

Bahaa El-Din, who was appointed in his current position by Prime Minister Hazem El-Beblawi, is also a member of the economic group within the cabinet.