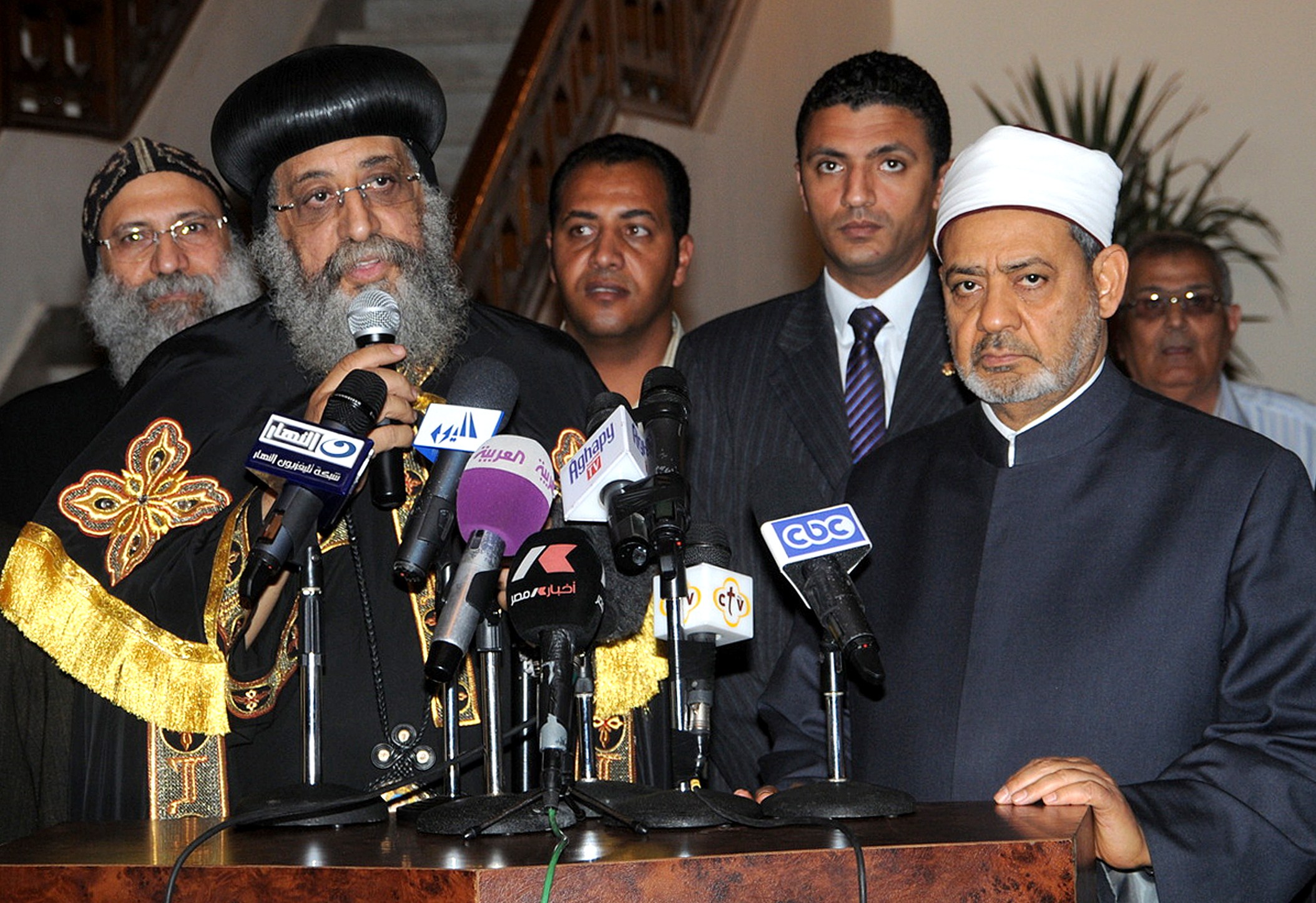 The organisation said that since the dispersal there has been “a systematic targeting” of churches and properties owned by Christians, adding that the attacks have spread to every governate to include different villages and cities.

It said the losses that have resulted from these assaults are “exceptionally high”; including simultaneous assaults of at least 45 churches nationwide soon after news about the dispersals started circulating.

According to the statement, the attacks resulted in seven deaths, the burning of 25 churches, the destruction and looting of seven churches and the partial destruction of five more, in addition to the assaults on a number of schools, organisations and service buildings belonging to those churches.

EIPR held Islamist leaders accountable for the political and criminal responsibility triggered by their hateful and inciting speech that has been accusing Coptic leaders of conspiring against Morsi.

“We cannot read this great number of sectarian assaults without linking it to the hate speech made by leaders of Islamic currents against Copts, threatening them of vengeance for their participation in the protests that resulted in the ouster of the former president,” said Ishaq Ibrahim, who is responsible for freedom of religion and belief cases at EIPR.

EIPR called on President Adly Mansour and on Prime Minister Hazem El-Beblawi to put an urgent plan for dealing with the hate speech of some Islamist figures, adding that the government should provide those who have suffered losses in the attacks with adequate help.

Ibrahim said that authorities and security forces have been “negligent” in dealing with those involved in sectarian violence.

“If the authorities entrusted with law enforcement are not capable of or do not want to [deal with those sparking sectarian violence] then officials should promptly offer their resignations and hand over the responsibility to those who are able to handle it,” Ibrahim added.

Amnesty International released a report on Tuesday criticising security forces and the government for failing to prevent sectarian violence, adding that both the Egyptian government and the Muslim Brotherhood are to blame.

EIPR called on investigative authorities to “work fast on revealing the circumstances of the attacks” and to try those involved.

Upper Egypt has seen attacks as well, with at least 21 churches destroyed in the Minya governorate.

An EIPR report said that sectarian strife was triggered in Diabiya village in Beni Suef on 10 August, when a fight between a Christian and a Muslim family escalated because of a speed bump built in front of the former’s house and the village’s church being set ablaze, resulting in the injury of nine Copts and six Muslims.

EIPR had previously warned against the rise of sectarian violence following the ouster of Morsi in a report released on 10 July, and a joint statement was released by 16 human rights groups, including EIPR, on 7 August calling on Islamist groups to stop inciting violence against      Christians.