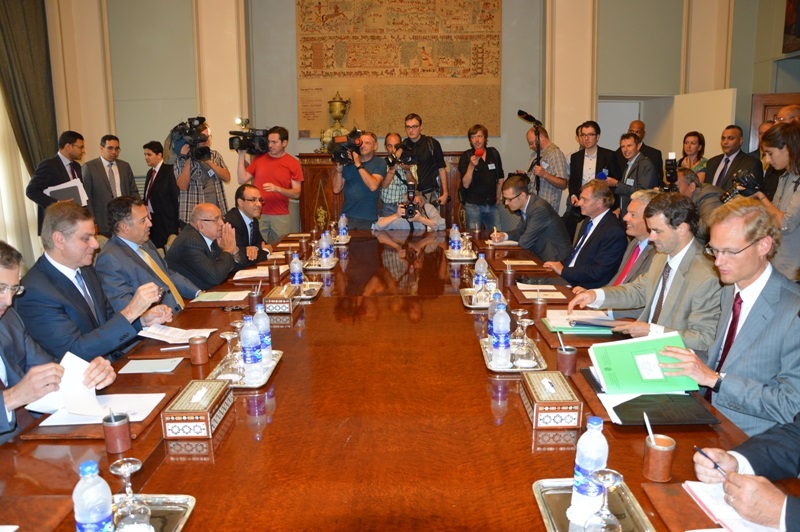 Foreign Minister Nabil Fahmy accused the European Union (EU) of being late to condemn “terrorism” in a Thursday meeting with Belgian counterpart Didier Reynders in Cairo, said the Ministry of Foreign Affairs.

According to a ministry statement, Fahmy assured Reynders that the interim government is committed to the roadmap set after 3 July 2013, and that “no security issue would be handled without a political outline.”

Fahmy welcomed the continuation of co-operation with the EU, “if it stands on the basis of mutual respect and benefits.”

The meeting follows an EU Foreign Affairs Council Meeting on Wednesday in Brussels, in which the EU foreign ministers decided on to revoke all export licenses of any equipment which could be “used for internal repression” in Egypt.

Fahmy said that the Egyptian government’s decisions stem from the people’s will, and that Egypt would not accept any prejudice to its sovereignty.

Fahmy delivered a similar message to the Japanese foreign minister Fumio Kishida in a phone call, according to the ministry.