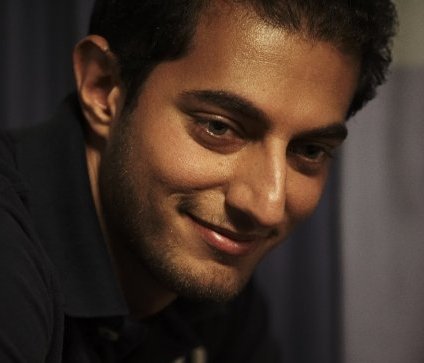 As the events in Egypt continue to weigh upon us, we are confronted by an increasingly disturbing impasse that has serious implications possibly beyond Egypt and its troubling fate.  It may be true that the democratic experiment in Egypt has been prematurely aborted. But whether the people—or the military that assumed power following a massive popular uprising – were better off waiting for full gestation to witness the birth of a defective child, or worse a “still birth,”  will remain a mystery that only history can unravel.

The reality that one is facing today, though, entails angry crowds, some of whom are genuinely bereaved by the loss of their own, a set of devious string-pullers inciting chaos and violence, and military generals who have a menu of ineffective security solutions. With 85 million Egyptians now feeling the lurch towards civil war, the continuity of the state and its existence is on the brink. And while foreign observers have the luxury to heavily criticise the military’s handling of the transition, the reality of the situation demands heroic efforts to restore law and order by the only institution that remains functional and intact to bring back and maintain such stability.

It may be difficult not to get lost in the details of the conflict and the atrocity of bloodshed, yet certain triggers also prove hard to forget. The Muslim Brotherhood had an unequalled chance to set the foundations for a modern Egypt and win over millions of Egyptians to guarantee both their peaceful political presence and their re-election. Instead, the relentless lust for power, by hook or crook, have driven them further from the people and from loyalty to the nation which they had very little respect or care for.

Mohamed Morsi, the deposed president, had ignored every democratic principle but the results of the ballot box that granted him and his Brotherhood the legitimacy to rule. He suspended the constitutional declaration that was the basis for his legitimacy before passing another constitution prepared purely by Islamists. He turned a blind eye to thugs who besieged the constitutional court, terrorised civilians right at the heart of the Coptic Patriarchate, as well as tortured and murdered truly peaceful protesters over two days at the front doors of the presidential palace.

His miserable incompetence in economic, social and political affairs dawned upon Egyptians and upon the international community as both disgraceful and ultimately disastrous. But the Brotherhood was diligently applying the lessons learnt from the former regime through pushing in fellow Brothers in key posts that can assure them control of the bureaucracy and the election process, setting the stage for decades-long rule. The way Morsi, or more accurately the Brotherhood circle of power, dealt with opposition’s interests and demands was mischievous; comical at best.

However, the most detrimental threat lied in the breach of national security under their reign. Tunnels on the north-eastern border were re-opened, allowing for a massive influx of illicit artillery and armed insurgents over the course of a year.  Militants and members of active terrorist groups had access to Sinai and it has been purported that some of whom were naturalised as Egyptians. On the other hand, mainstream religious institutions and figureheads were harassed and sidelined while radical Islamists were pushed to the frontline of national policymaking circles. Millions of Muslims in Egypt, on top of the already distrusting Christians, woke to a reality where a new fascist regime faced no credible resistance to achieving its goal of full outright domination.

All of this might be no good excuse for falling back to military rule, but the options left to suspend the rooting of a fascist movement were indeed quite limited. In four years’ time, one would have had a deep seated regime inheriting the rigged election game from its predecessor. Twisting the newly founded democratic tools by then, to create a radical Islamic state, would not have been difficult at all when one reckons that winning the elections ultimately paves the way for legitimacy to ignore court orders or to scrap the constitution; when all the morals and ideals of Islam are only spoken of when simple-minded voters head to the ballot box but are easily shunned the next day. Whether the problem lies in political Islam or the Muslim Brotherhood in particular is controversial. Other models of political Islam seem to work in Malaysia, Indonesia and, although not really comparable, in Turkey. But in these cases, there are more-or-less well-established systems in place where the institutional foundations can at least guarantee that deceit in the name of religion will not stand the test.

But the international community seems to think that, no matter how flawed or deceptive the Muslim Brotherhood was, the group should have had their fair chance to rule. There is a widely-held perception that these struggles are normal for new democracies and that whatever system was being created was good enough for Egypt, at least for now! The grand plan, after all, was to integrate some faction of political Islam in the Middle East into mainstream politics so that when Islamists face the challenges of government they would realise that the US is better an ally than an enemy. Radical movements would then feel less marginalised, become more preoccupied by domestic power struggles and generate less of a headache for the US and the West. The US ambassador in Cairo, Anne Patterson, knows this, and had built an American policy of trying to get closer to the Brotherhood after decades of neglect. No matter how smart or educated liberals are in Egypt, they are not a majority.

The Brotherhood leaders were far more poised to command the allegiance of the poor masses and deliver on the promise of a stable Egypt, even a stable Middle East. The success of the experiment in Egypt was truly crucial to potentially recreating it elsewhere, be it in Tunisia, Yemen or Syria. No wonder the Egyptian military received harsh threats from the US and the Taliban alike when it decided to abort this plan, both had vested interests in this project. The US hoped the Brotherhood’s rise to power would draw the ‘far right’ closer to the centre, while the dream of an Islamic state in Egypt proved seductive to radical movements that yearned for an opportunity to embody their dogma following decades of strife and persecution. Oddly enough, a number of Western and pro-Western governments had repeatedly supported Islamist groups in the face of communists and leftists (now in the face of Iran, for instance) only to create more stubborn enemies who proved even harder to dismantle later on.

More importantly, the good of Egypt and the betterment of the lives of Egyptian people are little cared for in this plan. The suffering that Egyptians have endured over the past two years seems to suggest that citizens are only allowed to choose strictly between either a military-based security-minded regime or religious fascism.  The dream of a modern state, where Egyptians can enjoy equal rights and the full spectrum of liberties without fear of terrorism or persecution, seems to fade amid the shrieks for holy war and the parallel demonisation in the media of a hardly negligible segment of the country’s population. The problem is that after many years of operating underground, the Muslim Brotherhood and their extreme right supporters fail to see themselves as part of society, where they can peacefully coexist. Their morbid fear of the state that had long persecuted them left them isolated even when they were in power. They practiced the same evil they had endured and refused to yield when the chance was there.

Now, when the time for calls of inclusion and compromise has passed, it becomes harder to see the extent to which the Brotherhood’s reaction remains legitimate. Random killings, uncalled-for torture, the burning of churches, police stations and vacant government buildings can hardly be seen as lawful means for a political cause. They have once again assumed the role of the enemy of the state and their vandalism is simply a matter of blind revenge, not political rallying nor self-defense. The bloody attacks by Al-Qaeda jihadists against the Egyptian army in Sinai stand as a testament to the kind of alliance the Brotherhood has with such terrorist groups. The continual transgression of the Brotherhood supporters against the police force or the millions of people who marched for their ouster is unjustified and cannot be treated with impunity. Following the recent violent clashes, the amount of self-restraint that the army can exercise will eventually be limited because the scent of anarchy is in the air. And the cost of dissolving the state to accommodate the anger of a violent crowd, some of whom are actually trained militants, is far too high. But with that said, liberals, secularists, Christians and all other Brotherhood loathers should not cheer the army too zestfully while cracking down on the Brotherhood. The discourse of hatred has to change if there is any hope for the people of this country to live together peacefully once again. Otherwise, one might just end up living another three decades under a military dictatorship with the same old umbrella of emergency law. Outlaws have to be treated as outlaws, no doubt about that, but going as far as labeling all MB sympathisers as terrorists will ultimately backfire. Soon enough, those groups of peaceful sympathisers might start identifying with that label and, in that case, the consequences shall be dire.

Whether political Islam will continue to be doomed to fail in the region is not up for anyone to judge. So far, there hasn’t been sufficient evidence that proponents of this type of government can establish a modern state with proper civil rights for all. The game of social engineering played by the Obama team (or others) doesn’t seem to be working either. The Egyptian people have proven that they are not willing to accept other forms of oppression in the name of religion or stability, especially if it is perceived to serve a foreign agenda. It may serve everyone good to know that we too, Egyptians, want to be part of the free world. Achieving that means we have to learn the basic principles of respecting the law. Until that’s made feasible, it may prove painful for many to just sit there and watch more aggressors raping the Nile.

Ahmed M. El Ashram is an Economist in Washington DC and a graduate of Warwick Business School in the UK.

Amgad Hegazy is also an Economist in Washington DC and a graduate of the University of York in the UK.

Egypt condemns terror attacks on churches in Indonesia, single family behind them