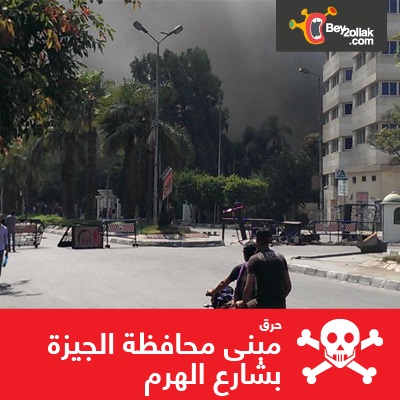 Driving in Cairo is unpleasant at the best of times. Protests, road blocks and a pressing need to get home in time for the 7pm curfew have not made things any easier. At this time of continued civil unrest Egypt needs its entrepreneurial traffic applications more than ever, and as usual, crowd-sourced application Bey2ollak is stepping up to the Autostrad.

Bey2ollak was created by five cousins with expertise in computer science and business management. Its usual function is to allow its uses to share information about the state of the traffic in Cairo and Alexandria. The application has over 200,000 users, and nearly 90,000 followers on Twitter.

Back in January, the site provided essential help for Egyptian motorists dealing with the gas crisis. In the wake of giant queues for fuel, in which some drivers were having to wait all night to fill up their cars, the team behind Bey2ollak used their then already extensive network of users to create a system which kept drivers updated on the current state of the crisis, allowing people to share information on which gas stations were closed, which were busy and which were stocked.

During the period of the most recent clashes, beginning with the dispersal of the sit-ins last Wednesday, Bey2ollak won the admiration of thousands of Cairean drivers, by posting real-time updates on dangerous and blockaded areas. The updates are precise as to the location of blockades, allowing drivers to avoid the area, or just choose to stay in altogether.

Since then, Bey2ollak’s twitter account has been full photos of where clashes are taking place, as well as continued updates on closures and blockades.

In the wake of large groups of Cairenes, tired of continued unrest and the 7pm curfew, flocking to the north coast last weekend, Bey2ollak provided another essential service. From 15 August, they introduced Safro in Groups, which allows people travelling to and from Cairo to meet up with others who were travelling at the same times as them, thus providing greater security for those unwilling or unable to make the journey on their own.

Since their establishment in 2011, the Bey2ollak team has garnered international acclaim for their innovative idea.

Large parts of the city might have been on lockdown this weekend, but the creative thinking of Cairo’s young entrepreneurs demonstrates that there are plenty of people out there keen to keep Egypt moving.