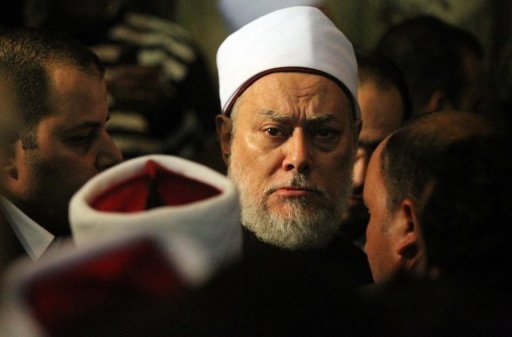 In televised statements on the CBC show Momken, Gomaa described an armed uprising against the Egyptian military as “unacceptable” and urged the army to “fearlessly” defend themselves in response to attacks.

“There is a major difference between ‘killing’, which occurs between two individuals, and ‘hostilities’, which involves carrying of weapons against a specific faction, which in this case is the military,” said Gomaa.

He added that some of the security forces had “experienced feelings of helplessness or depression” after being attacked by protesters, prompting residents to demand security forces immediately disperse the sit-in after they had filed several complaints to public prosecution.

Gomaa also said he rejects “American interference” in Egyptian affairs and stressed that citizens support their military and appreciate their efforts in combating violence.

The Rabaa Al-Adaweya and Nahda square sit-ins were dispersed on cabinet orders to the police and army on 14 August, resulting in over 1,200 deaths nationwide in subsequent violence.