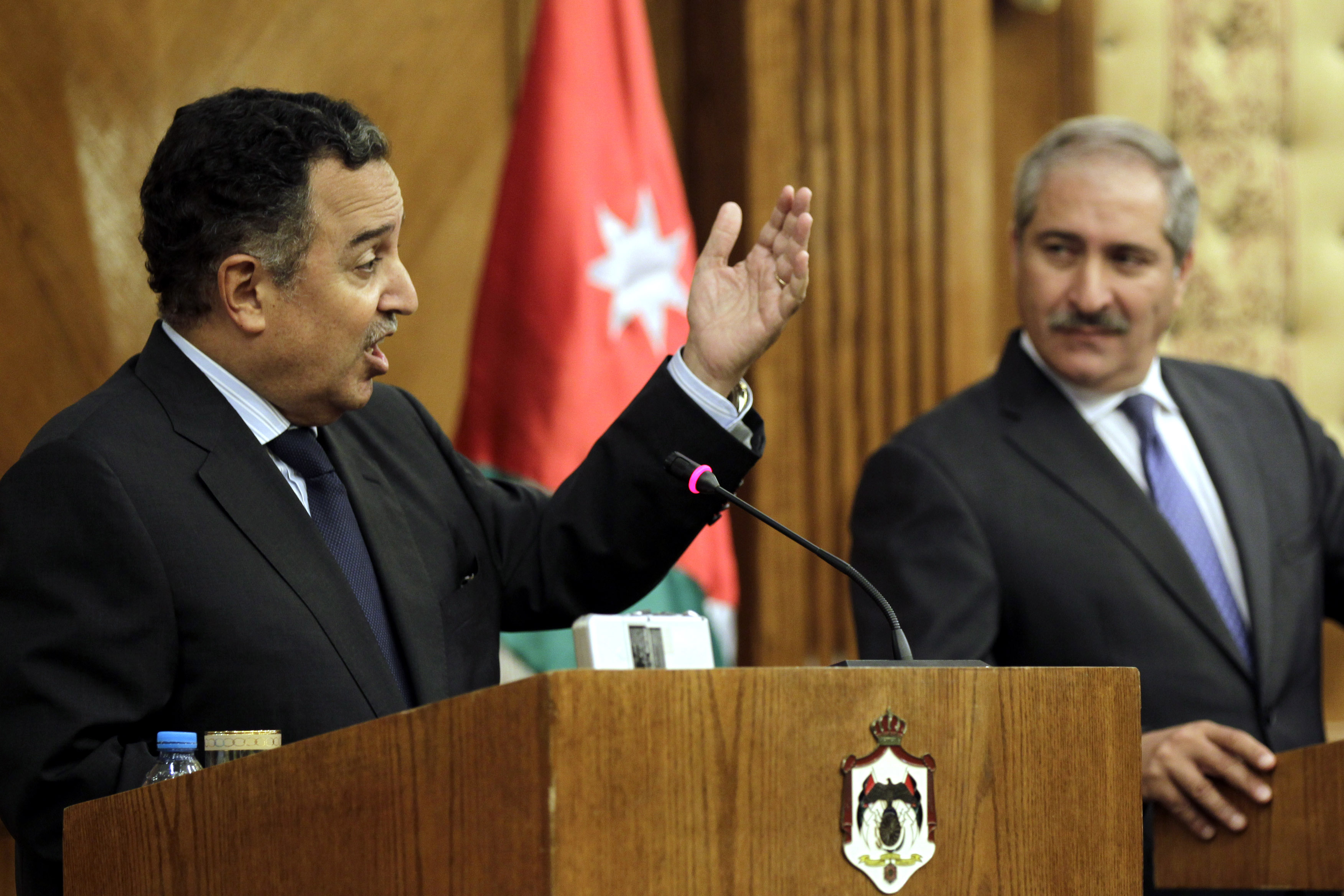 Minister of Foreign Affairs Nabil Fahmy met his Jordanian counterpart on Sunday morning to discuss developments in the region and defend the interim government’s roadmap.

In a press conference on Sunday afternoon following the meeting, Fahmy and Jordanian Foreign Minister Nasser Judeh addressed a number of issues including the Syrian crisis, developments in Egypt, the Israeli-Palestinian peace process and security in Sinai.

Judeh affirmed Jordan’s “full support” for the interim Egyptian government and its transitional roadmap that was created after the ouster of President Mohammed Morsi by the military on 3 July following massive nationwide protests.

Fahmy’s visit to Jordan comes after a series of previous talks with representatives of major foreign governments, to establish international backing for the interim government’s roadmap.

Last Monday, Fahmy travelled to Sudan and South Sudan to discuss regional issues, and on Friday he discussed political developments and detailed Egypt’s transitional roadmap to US Secretary of State John Kerry in phone call.