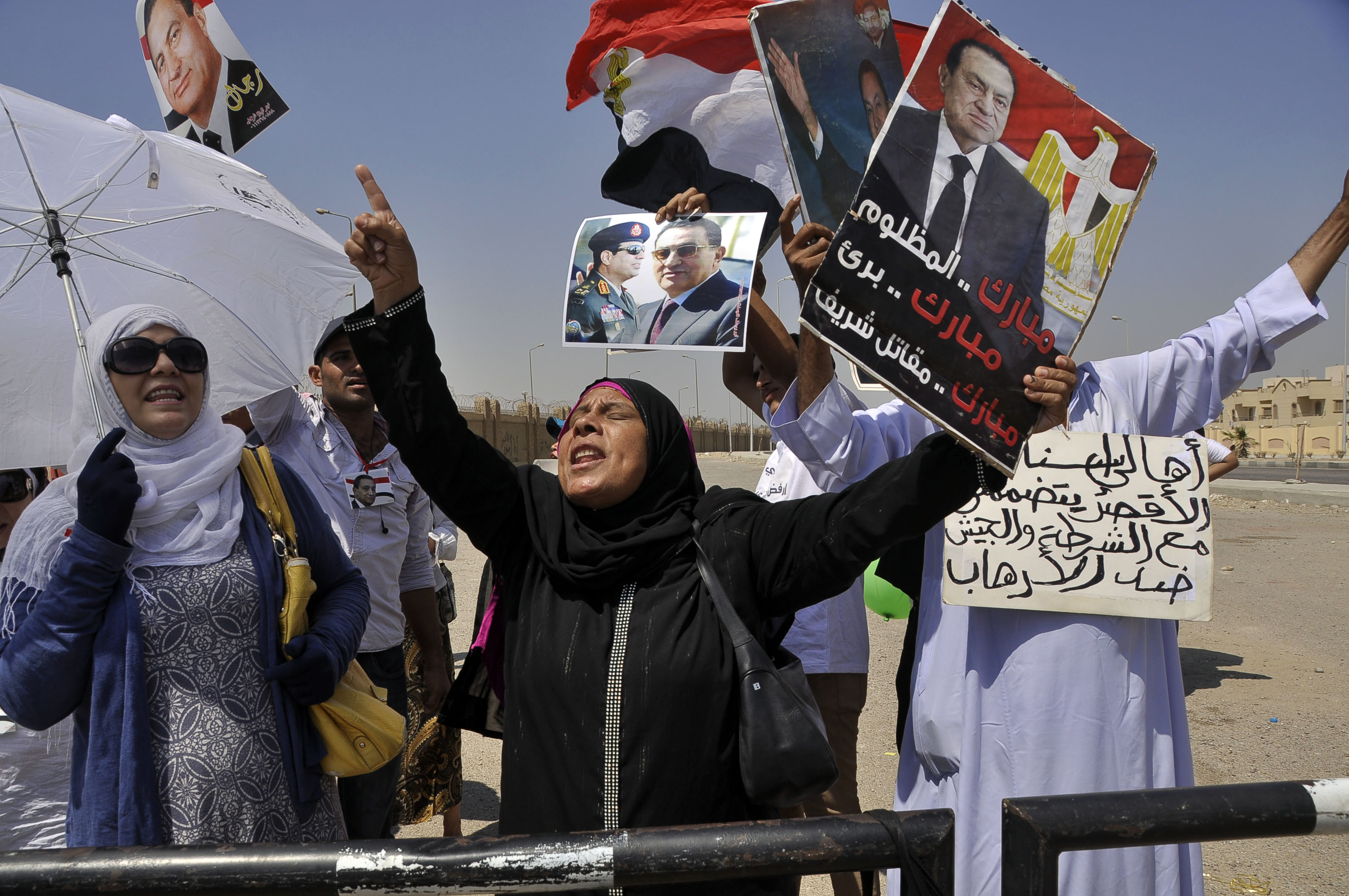 The trial of former president Hosni Mubarak resumed in its sixth session on Sunday amid the presence of the defendants, to be postponed until 14 September.

Mubarak is accused – alongside his two sons Gamal and Alaa, former minister of interior Habib Al-Adly, six of his aides and fugitive businessman Hussein Salem – of complicity in the murder of protesters who were killed during the January 25 Revolution. The defendants are also accused of harming public funds through the exportation of natural gas to Israel.

Mubarak was released from preventive detention on Thursday after exceeding the maximum limit of pre-verdict detention.

On Sunday, Mubarak’s lawyer Farid Al-Deeb called on the court to give the trial more time. Al-Deeb stated the trial involves over 55,000 documents, claiming that new documents which prove the defendants’ innocence were added to the trial.

Al-Deeb said both the defence and the court would need more time to look into such a large amount of documents. Judge Mahmoud Al-Rashidy interrupted him, saying the court had read all documents related to the trial.

Al-Adly’s defence requested summoning former interior minister Mansour Al-Eissawy to get his testimony. Al-Eissawy had already testified to court during the defendants’ first trial back in 2011. The defence also requested summoning general commander of the armed forces Abdel Fatah Al-Sisi to testify in court, given his position as director of military intelligence back in January 2011. He requested as well that a technical committee be delegated to look into the types of ammunition used and where they were used.

The defence said security forces only used sound bullets when firing at protesters, and that birdshot and live ammunition were only used near institutions which protesters attempted to break into. He claimed that all victims were not killed by security forces but by armed assailants.

Al-Adly’s defence claimed that investigation with ousted president Mohamed Morsi involves certain incidents which, if known to the court, would be in the defendants’ benefit. Morsi is charged with crimes related to his escape from prison in January 2011.

The defence requested the release of Al-Adly pending his trial, which was turned down after the prosecution stated that Al-Adly’s release can only come through a court verdict. It added that Al-Adly’s time in preventative detention has not yet elapsed, given he was first sent to jail on 17 Febraury 2011, and he received his first imprisonment verdict on 5 May 2011.

The cabinet released a statement on Sunday explaining it had nothing to do with the decision to release Mubarak pending trial. The cabinet denied releasing the former president would send the country back to the pre-January 25 Revolution era.

The decision to release Mubarak was the decision of the court, not the cabinet, the latter said in its statement, describing it as a procedural decision. Prime Minister Hazem El-Beblawi stated that his decision to put Mubarak on house arrest on Thursday was to prevent any riots and to protect Mubarak’s life from danger.

On Wednesday, Mubarak was exonerated on charges of misuse of public funds. He still faces two charges of corruption alongside the complicity in protesters’ murder, for which he faced trial on Sunday.

The former president was already sentenced to life in prison for the complicity and corruption trial in June 2012. A retrial was nevertheless ordered on the basis of procedural errors in the original trial.