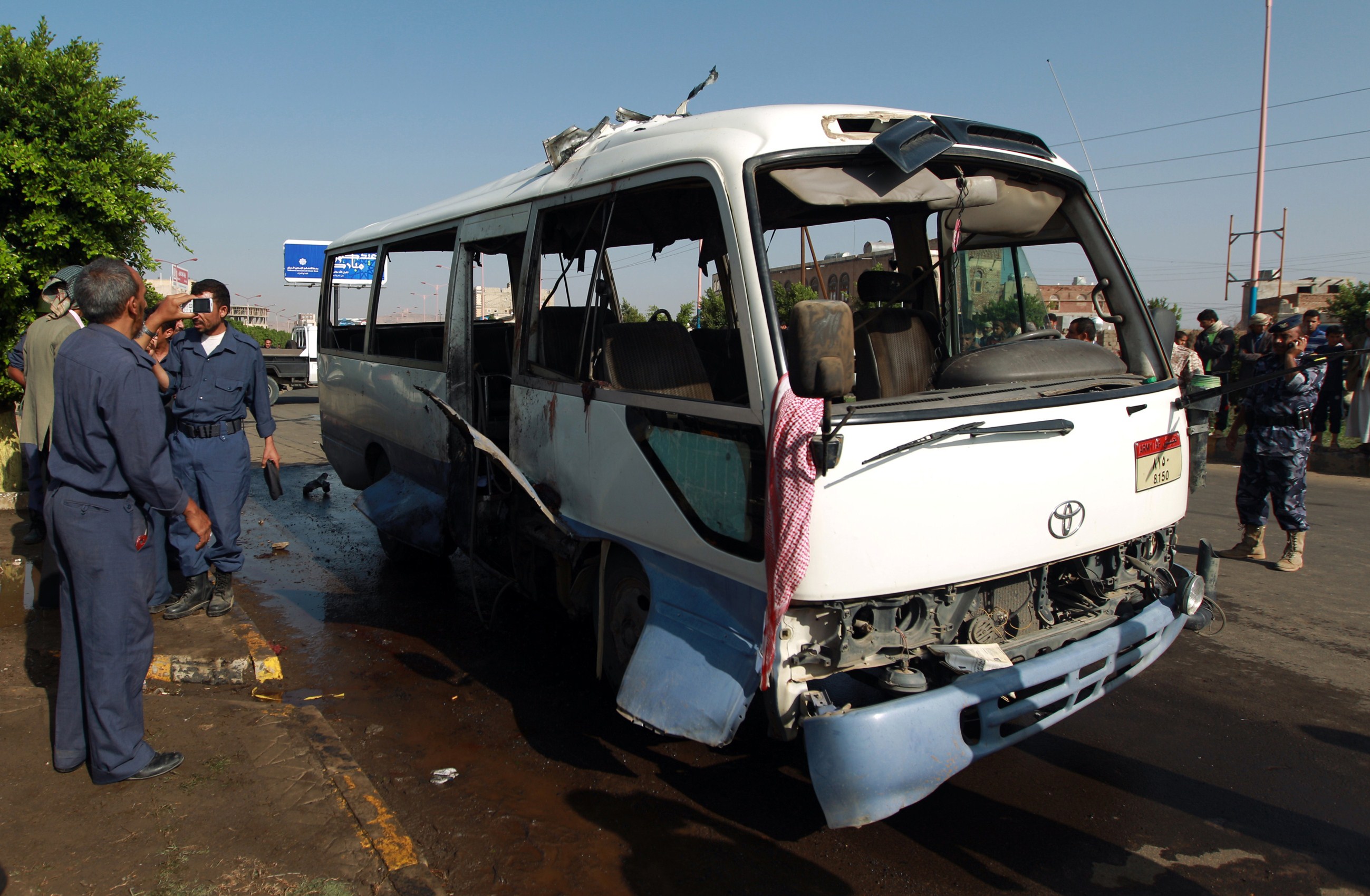 AFP – Yemeni security forces on Sunday foiled an attack by a would-be suicide bomber on an English language school once linked to the US embassy in Sanaa, a security official said.

The assailant, 20, was caught after he hurled a grenade that failed to explode at the Yemen-America Language Institute in west Sanaa, the official said.

The YALI institute was founded by the US embassy in 1975, but has been run privately for the past few years.

Security forces foiled the attack on the same day a powerful blast ripped through a bus carrying Yemeni air force personnel to their Sanaa base, killing one person and wounding 25.

The United States closed 19 diplomatic missions in Muslim countries on August 4 after reported intelligence intercepts from Al-Qaeda suggested an attack was imminent.

The US embassy in Sanaa, which was seen as the epicentre of the threat, remained shut for two weeks.

The Yemen-based Al-Qaeda in the Arabian Peninsula, the most active franchise of the global jihadist network, has been behind numerous attacks on the country’s security forces.